EALING SAVE OUR NHS PRESS RELEASE

Finally – at last, the Government has admitted the horrible ‘Shaping a Healthier Future Plan’ (SaHF) is not workable.  It’s dead!

Former NHS England chief executive Sir David Nicholson had called these plans “the most significant reconfiguration project in the country”.  But since they first announced the SaHF plans to cut nine major hospitals in North West London down to five, Ealing Save Our NHS has been campaigning against it side by side with many others including Save Our Hospitals Charing Cross and the Councils in Ealing and Hammersmith & Fulham.

SaHF had offices in posh Marylebone and spent  tens of millions of pounds of NHS cash on management consultants.  All for nothing. 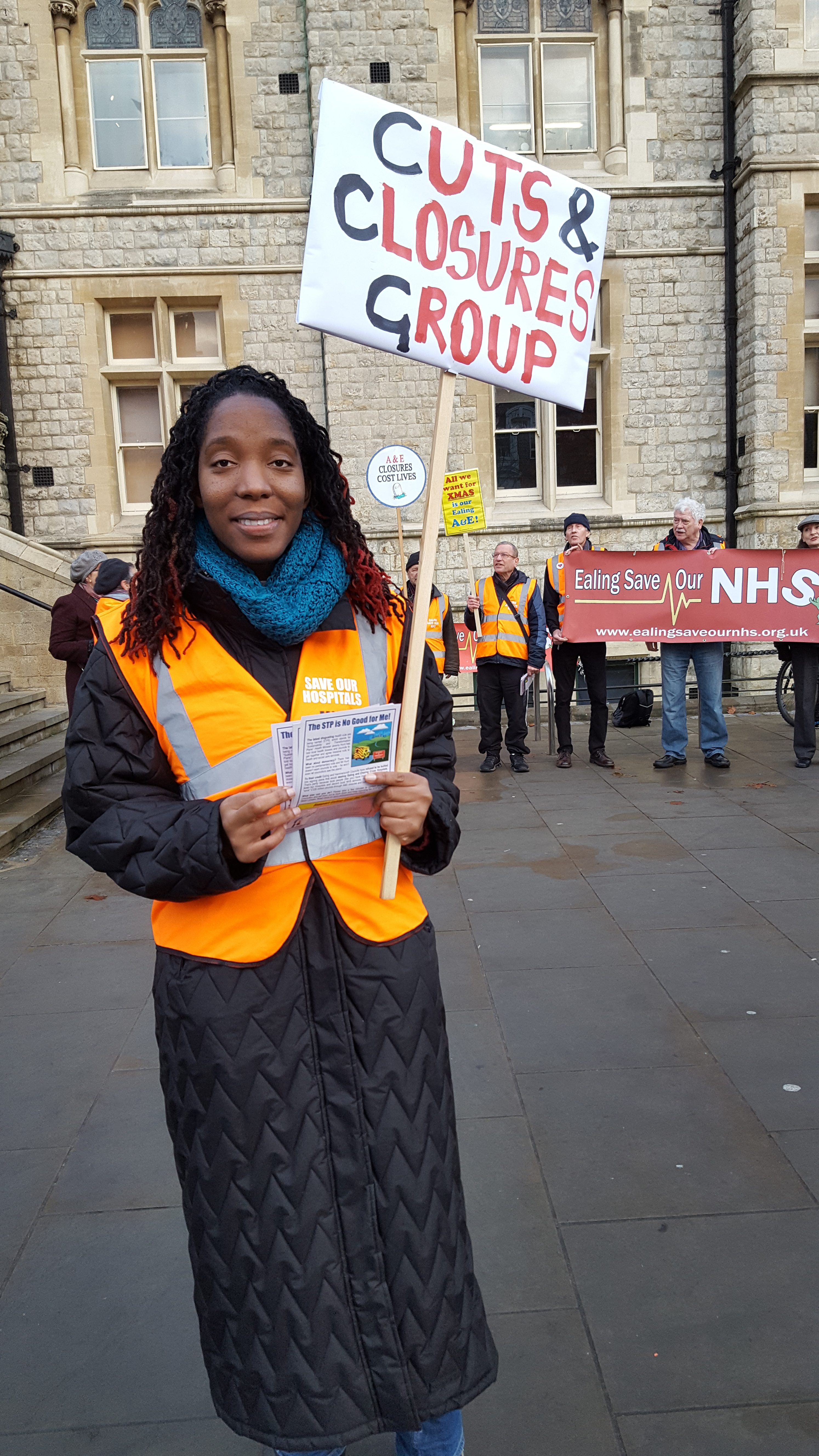 Now the Secretary of State for Health, Matt Hancock, has admitted that the Department of Health  no longer supports it.  The application for £500 million pounds by local health bosses had been turned down twice because the figures didn’t work.

No surprise to us.  They never worked.

A report from John Lister produced in 2012 for Ealing and Brent Trades Councils, clearly outlined that the whole thing was nonsense.  So did subsequent reports commissioned by Ealing and Hammersmith & Fulham Councils.

Ealing Save Our NHS has distributed a quarter of a million leaflets on the streets, held protests, attended carnivals, organised parties, lobbies, petitions, car conveys and much else to spell out the truth, all paid for out of our own pockets and donations.

On the other side huge amounts of NHS money was spent on public relations staff and glossy leaflets to pretend that our health would mysteriously be improved if they closed departments, A&Es and hundreds of beds.  It didn’t work.

Even then, after the funding was turned down and 7 years of a failed five year plan had gone by, local health bosses still carried on pretending the emperor was wearing clothes.

So what will happen now?

Ealing Save Our NHS will keep on campaigning.  This disastrous SAHF plan has seen closure of two local A&Es, Central Middlesex and Hammersmith, as well as the closure of Ealing A&E to children.  As a direct consequence, waiting times for Type 1 urgent A&E visits increased greatly.  Ealing Hospital’s excellent maternity department was also  closed, forcing Ealing mothers to travel and making continuity of care more difficult for many.

But health bosses appear to have learned nothing and to defend the indefensible.  They try to conceal the A&E figures and deny there has been a problem.  Mark Easton, the head of the North West London Clinical Commissioning Groups, in announcing the death of SaHF has just made the mind-boggling claim that maternity care and emergency paediatric care have improved.  This is certainly not the view of local parents whose local services have closed!

Ealing Hospital remains seriously underfunded and in crisis.  But at least there is a ray of sunshine – the horrible plan underlying all these cuts has gone and we can focus on calling for proper funding and restoration of local health services.

Seasons Greetings from Ealing Save Our NHS – Thanks for your support!

One week to go!

‘Vote to Save Our NHS’ It’s the last week of the election so we are stepping up our campaigning with leafletting of stations, schools and […]

A long term plan in our view should have a clear strategic approach, which should be clearly stated and run through the document. ESON believes […]

‘Under the Knife’ Film Showing in Ealing on 18th October

We are delighted to be hosting the West London showing of ‘Under the Knife’ at Ealing Green Church on 18th October, one of 55 showings […]