We now know that once again the NHS nationally have refused financial support for the North West London NHS re-configuration plans.  The capital bid for £260 million, which has been rejected, was intended to expand and develop services in several hospitals in North West London and in the local community to pave the way for downgrading Ealing Hospital from a major to a local hospital.

It means the discredited ‘Shaping a Healthier Future’ still has no money for their plans to replace hospital beds. This “five-year” plan was adopted in 2012 although as we enter 2019, most of it has yet to be implemented.  The plan involved reducing emergency admissions and the need for hospital beds by caring for patients in the community.  Both Ealing Save Our NHS and Ealing Council have been clear this was wrong and unworkable.  Not surprisingly, the hoped-for reduction in bed use and emergency admissions (called non-elective admissions) has not come about – in fact all the statistics show that emergency admissions are actually rising.

Nevertheless, in anticipation of the reduction in demand for hospital services, North West London NHS bosses went ahead and closed two much-needed A&Es as well as Maternity and Acute Children’s Services at Ealing Hospital. They have also, as reported in the national media, spent £66 million pounds on 41 different management consultancies. 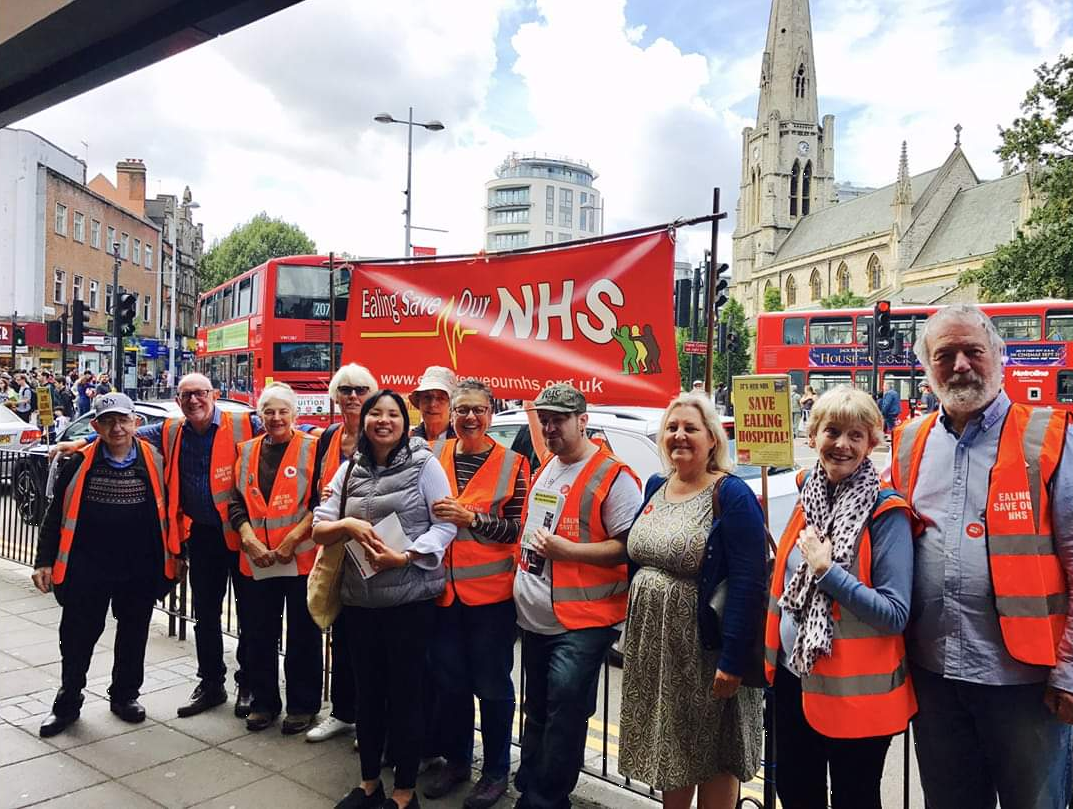 The main area for expansion has been the development of new layers of NHS bosses including the North West London STP (Sustainability and Transformation Partnership), which overlaps with the ‘Shaping a Healthier Future’ team based in Marylebone, which both overlap with the North West London ‘Configuration of Clinical Commissioning Groups’.

Oliver New from Ealing Save Our NHS said “Apparently there’s millions to spend on highly paid management consultants and NHS senior management projects, while at the same time front line services are desperate for funding.  It’s time our well-paid health bosses finally faced up to the fact ‘Shaping a Healthier Future’ isn’t working, won’t work and can’t work.  The resources should instead be put into Ealing Hospital, where long suffering staff have been working under a shadow.  Ealing should continue as a proper District General Hospital, not a so-called local hospital”

On Friday 13th December, Ealing Save Our NHS will hand in a petition to the CCG Health Bosses opposing contracting out of vital services.

The petition, which has been signed by over 1100 local people, rejects the plans to put district nursing and other community health services into a market-style “single contract”. It also rejects the notion that community care can replace 100’s of hospital beds at Ealing Hospital.

Eve Turner, Secretary of Ealing Save Our NHS said “Contracting out of services is completely the wrong medicine.  Instead of turning our health services into a market place with contracts and fixed budgets, The CCG should be spending our NHS money on urgently needed front line care. This contract made NHS Trusts bid against each other at a cost of millions. ESON also believes the unusual 10-year contract worth up to £1.3 billion is highly risky in the current economic climate.  Written into the contract is an aspiration to replace hospital beds with community services, which we also believe is both wrong and unworkable.”

We call on Ealing Clinical Commissioning Group and NHS England to suspend the plan to give all Ealing community-based  NHS Services to a contractor for 10 years.*

Such a plan has never been tried before and includes proposals to replace Ealing Hospital beds with care in the community – which has never been shown to work.

We are opposed to the privatisation and marketisation of NHS services.  Running services to a fixed budget could mean that Ealing patients don’t get treatment which is now available.