Campaign group Ealing Save Our NHS has protested against plans for a huge sell off of local health services.  “It’s totally horrifying” said Oliver New, Chair of the Campaign.  “The NHS is an essential public service that should never be given over to private companies who’s bottom line is shareholder profits.” 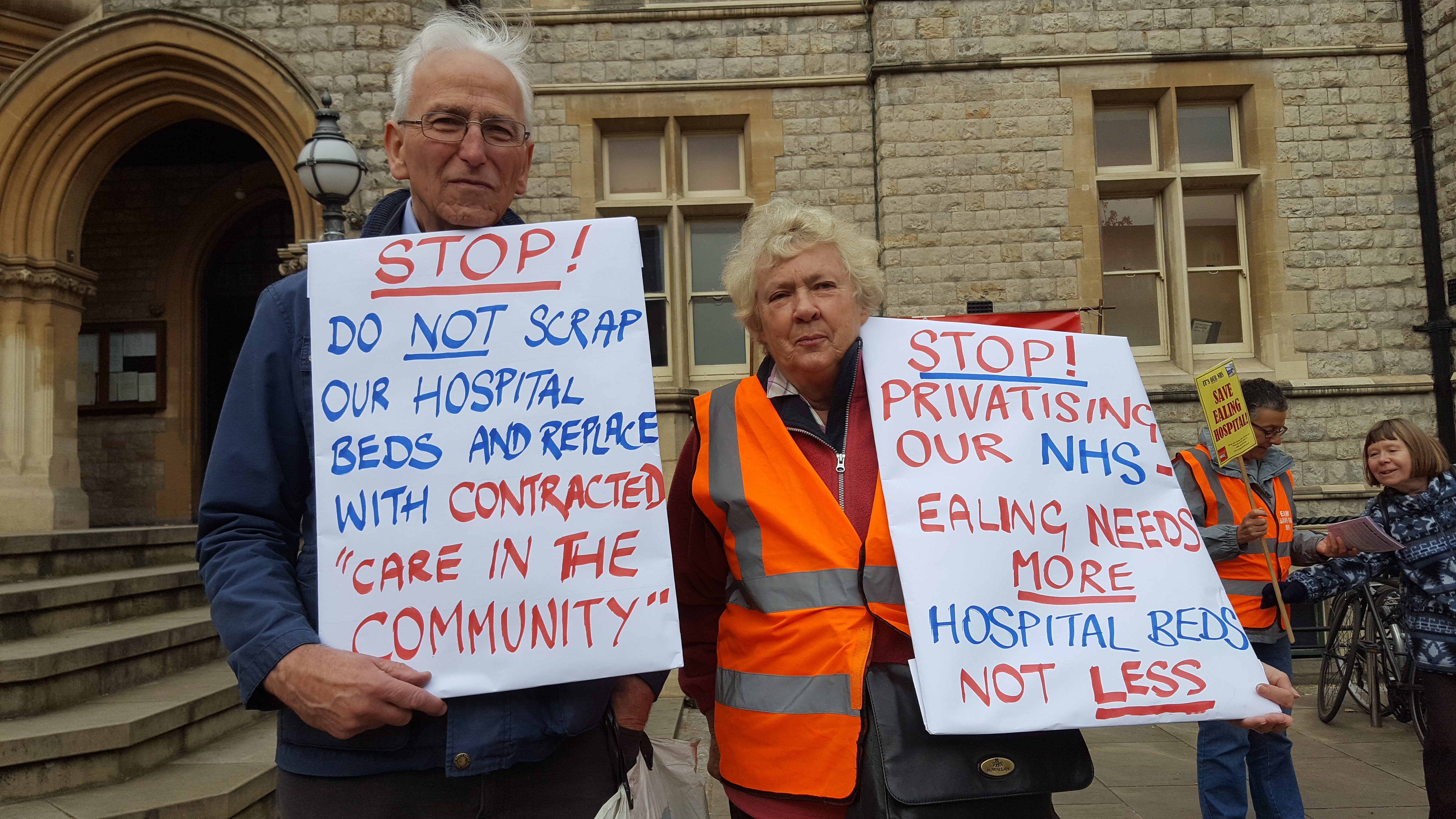 Ealing Clinical Commissioning Group are offering a contract to a single provider to manage all NHS community based, or “Out of Hospital” services including community nursing, diabetes, mental health, dementia and audiology.  On 31st October they held a public consultation in Ealing Town Hall, which led to the protest.  During the meeting angry residents demanded that the whole project be halted or reviewed, while the organisers insisted they were only willing to discuss public feedback on operating principles of the scheme.
Oliver New stated that the Health bosses had no explanation about how any private operators would be accountable to the public, nor would they give any estimate of the value of the contract.  “Make no mistake, this is huge, we believe that it’s worth far more than a billion pounds of public money over the ten-year period of the contract.  Why on earth should private companies be allowed to make profits using the NHS logo – it’s the very opposite of everything the NHS stands for” he said.  “Previous experiences have been that large contracts to operate NHS services have ended in tears.”
Official plans for the NHS in North West London have already proved very controversial.   The ‘Shaping a Healthier Future’ Plan has already led to the closure of the Accident and Emergency Departments at Central Middlesex and Hammersmith Hospital, along with the Maternity and Children’s Wards at Ealing.  Future plans include cutting 500 hospital beds across North West London and closing Ealing &Charing Cross A&Es, to be replaced by “Out of Hospital” services in the community.
Post Views: 710

At last we have an opportunity to get out on the streets again, celebrating the 72nd Birthday of our NHS and raising our banners in […]

The ’Disappearance’ of Ealing Hospital

We hope you are keeping well in these difficult and worrying times. Despite millions of people showing their solid support for our NHS in so […]