Health campaigners from Ealing Save Our NHS were joined by hundreds of other Ealing residents last Saturday for a nation march against NHS cuts.
150 people gathered at Ealing Broadway station to travel down together, while dozens more took different routes to join the protest in central London.  An estimated quarter of a million people took part, arriving from all over the country by coach and train.  They were from all ages and backgrounds.  Some were health staff; others had placards saying that the NHS had saved the lives of a family member.
“People are getting desperately angry” said Oliver New, chair of Ealing Save Our NHS.  “The Government is making extreme budget cuts to Health and social care.  Here in North West London operations are bei 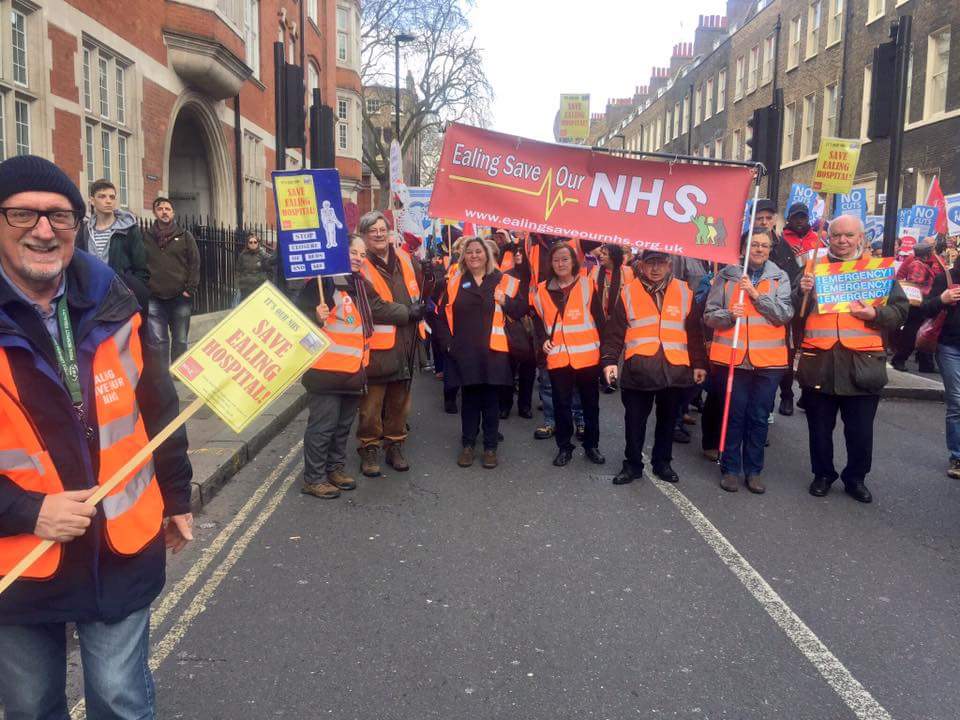 ng cancelled and elderly people struggle more and more to access the most basic services.   They can’t keep trying to blame hospital staff or migrants who are the often very people trying to hold our NHS and care services together.  We are asking local health chiefs to drop their unsafe plans for massive cuts in hospital admissions and needed NHS staff here in North West London.”
Speakers at the protest included Labour Leader Jeremy Corbyn, Ealing Hospital consultant Gurjinder Sandhu, London GP Louise Irvine and Steve Cowan, the leader of Hammersmith and Fulham Council, which along with Ealing Council has publicly opposed plans to cut hundreds of beds and the blue light Accident and Emergency Departments at Ealing and Charing Cross Hospitals.
4/03 march 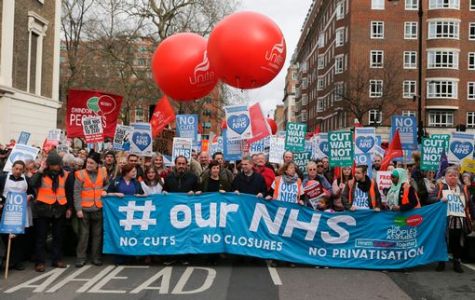 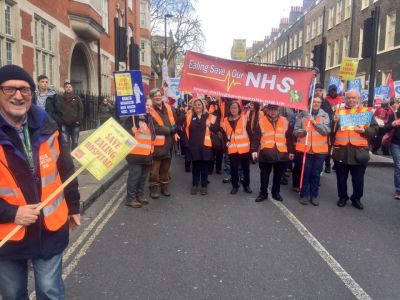 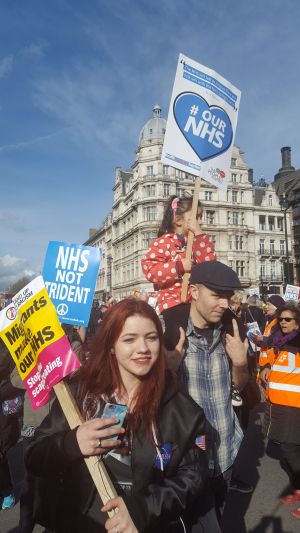 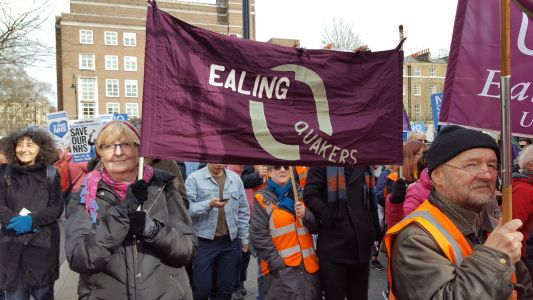 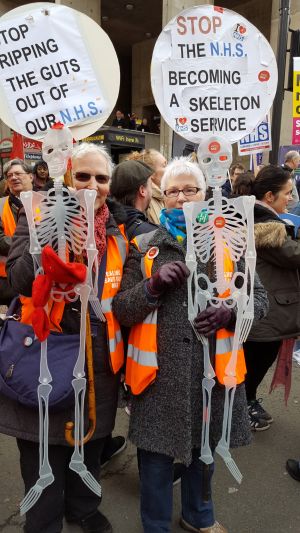 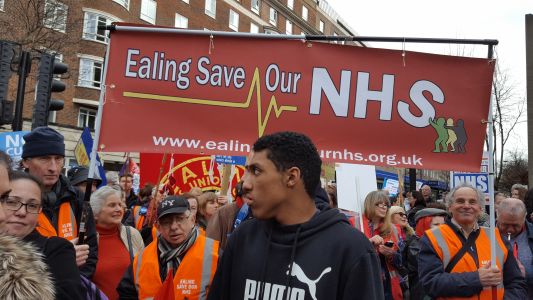 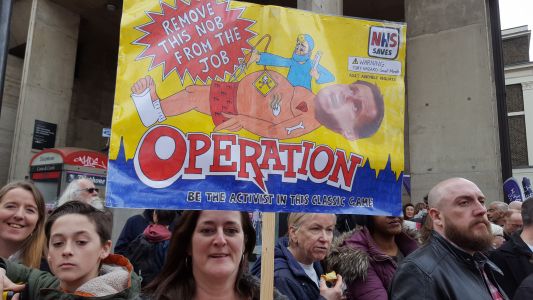 At last we have an opportunity to get out on the streets again, celebrating the 72nd Birthday of our NHS and raising our banners in […]

The ’Disappearance’ of Ealing Hospital

We hope you are keeping well in these difficult and worrying times. Despite millions of people showing their solid support for our NHS in so […]