Victoria Hall in Ealing was packed to overflowing on Wednesday for a meeting about the future of local hospitals.  Hundreds of people turned up and some had to be turned away after the 450 capacity of the room was reached.
The audience heard that even with a national hospitals crisis, our North West London hospitals had the highest waiting times for extreme emergencies.  Staff had been urged to send patients home early to make more room. 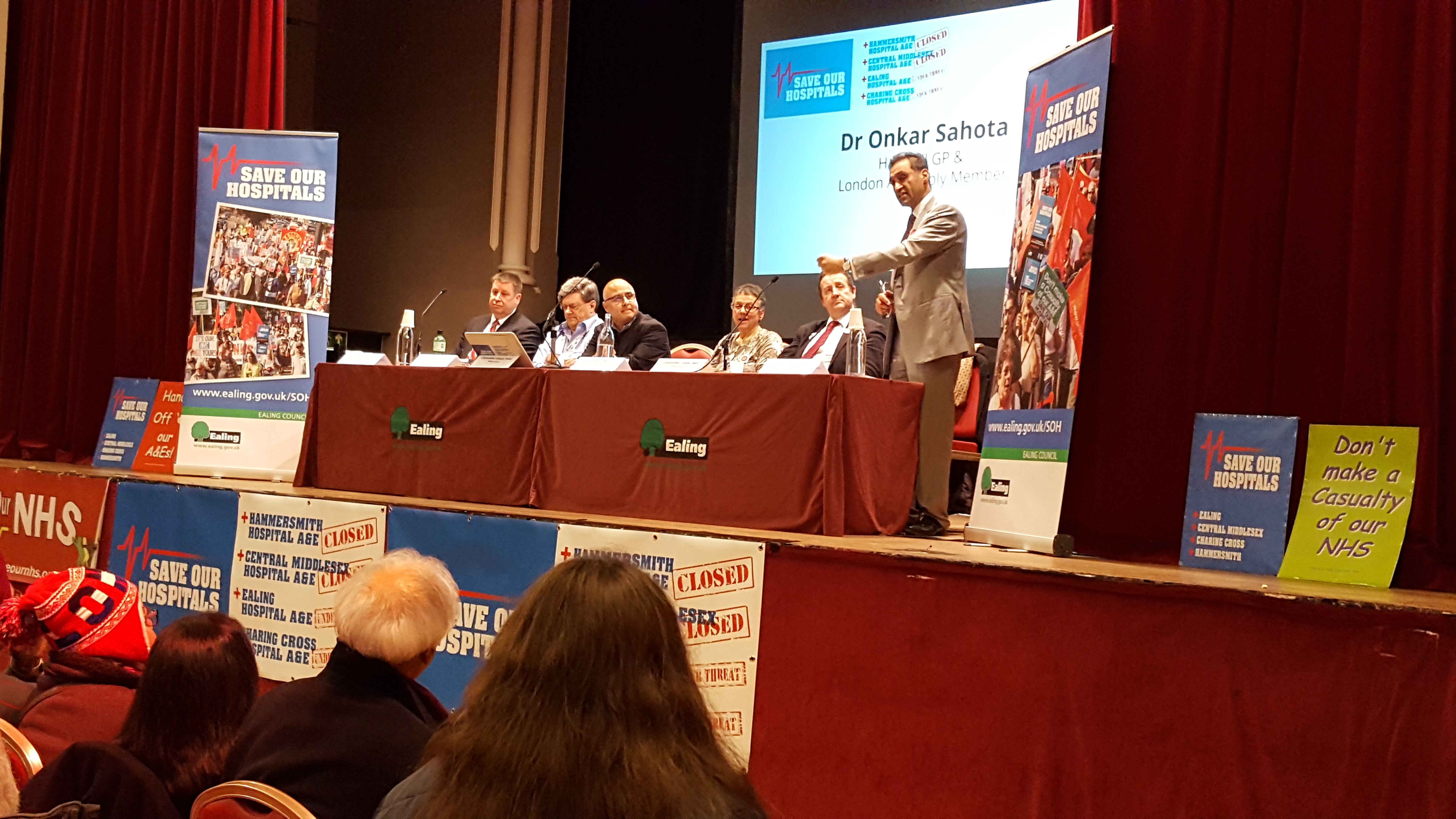 ulian Bell, leader of Ealing Council, which organised the meeting, and Steve Cowan from Hammersmith and Fulham Council, stated that they were refusing to support plans to cut even more beds and the A&Es in Ealing and Charing Cross Hospital.  Mr Bell said that it would be the equivalent of a city the size of Leeds being left with no A&E.
Eve Turner, Secretary of Ealing Save Our NHS, was cheered when she called on people to get involved in campaigning and to support a national demonstration on March 4th.
Other speakers included GLA member and GP, Dr Onkar Sahota and James Guest from Healthwatch Ealing.  NHS chiefs declined the offer to attend the meeting. 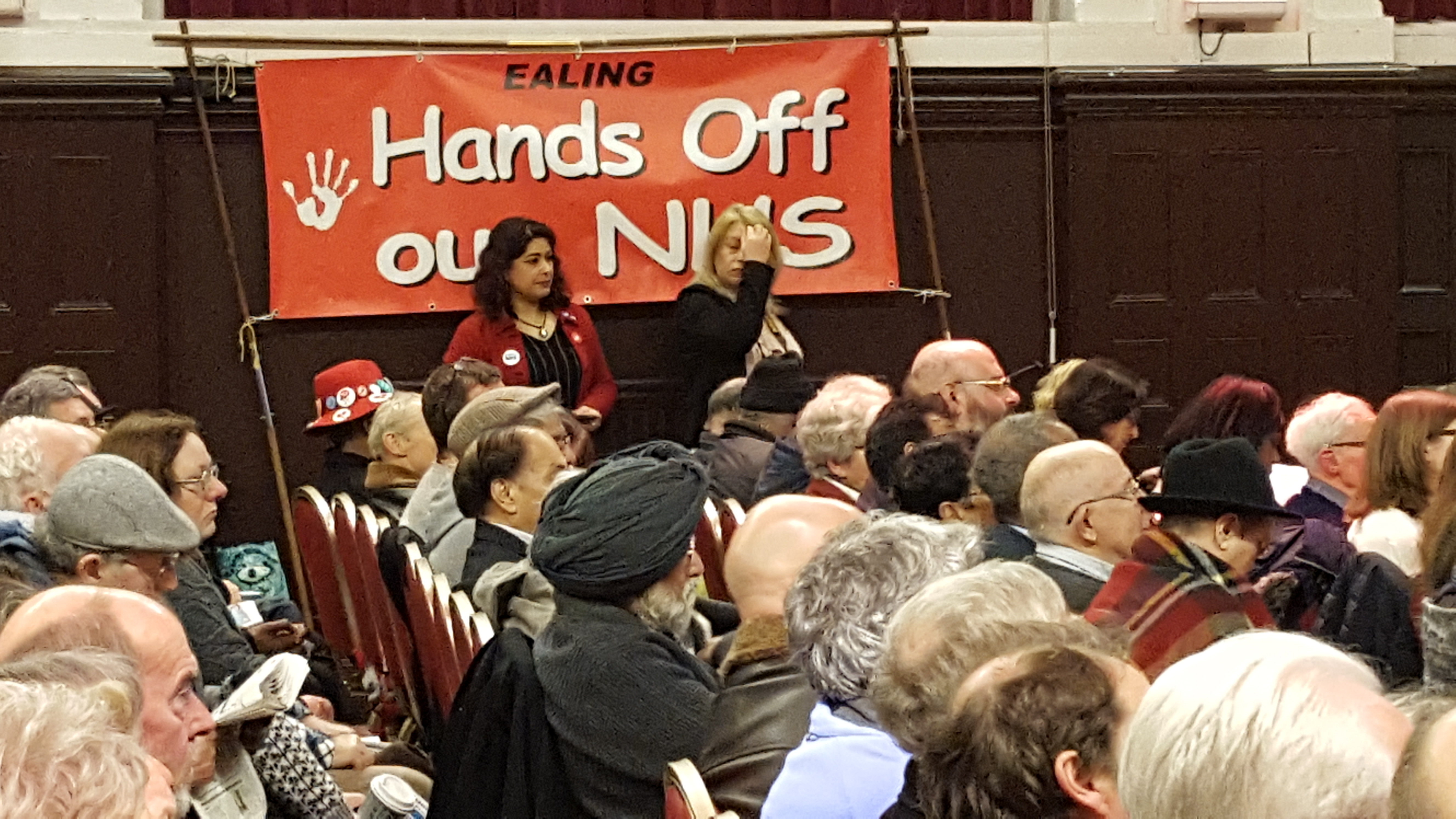 Afterwards Eve Turner said:  “It’s beyond believe that even as they are sending people home early from overcrowded hospitals, the local health bosses are still defending their plans to cut hundreds of beds along with over 7,750 NHS staff, and reduce A&E capacity by 64,000.  But they have money for private spin doctors and management consultants – they paid one firm over &£30 million to advise them on cuts.  People are getting angrier all the time and I don’t blame them.” 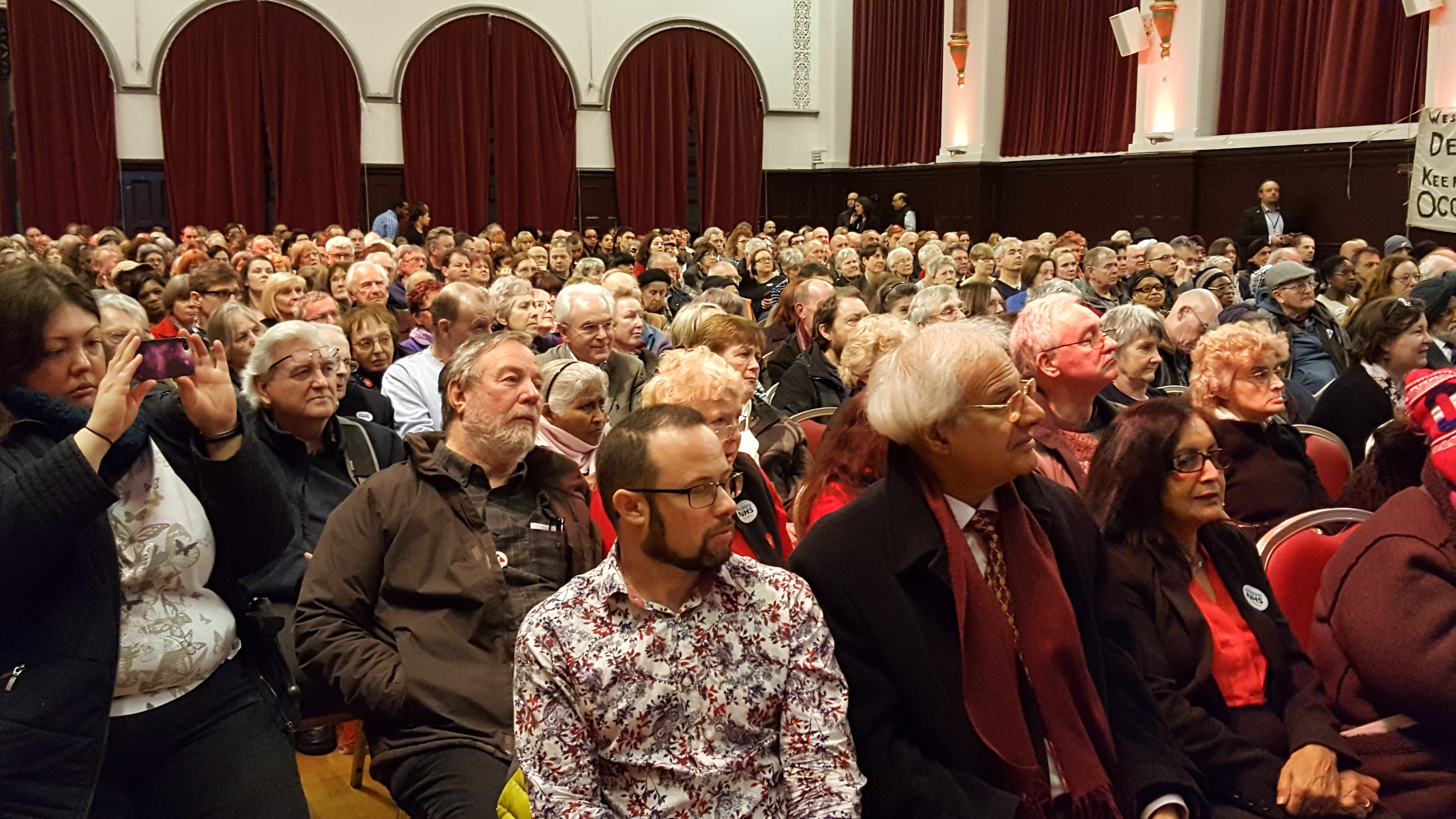