Striking junior doctors received a strong boost today from supporters outside Ealing Hospital.  They were joined by local people, including health campaigners, union members and elected politicians.  Everyone who spoke was 100% behind the doctors’ stand against Jeremy Hunt.  Hunt wants to bully doctors into undermining safe working methods as part of the Government’s programme of health cuts and privatisation.  There is already a huge hospital crisis in Ealing, in North West London and right across the country.
Among the 100 or so who turned up despite the cold and showers were Rupa Huq MP, Dr Onkar Sahota the GLA member and Julian Bell, Leader of Ealing Council along with several councillors.
Celebrity comedian Shappi Khorsandi spoke to the crowd, accompanied by her young daughter.
Stefan Simms brought greetings from teachers and the NUT, which is planning to take strike action alongside the doctors. We also heard support from Tony Lennon of the South East Region of the TUC, Carlos Barros from RMT, Gary Boodhna from Unite Health workers, and Oliver New from Ealing Trades Union Council which organised the rally together with Ealing Save Our NHS and the BMA.
We had the pleasure of hearing from 3 Ealing hospital doctors; Ravi Ganepola, Jen Piggot and Dylan Roi. Their message was that junior doctors were there for the public and the patients, not for Mr Hunt.
Apart from introducing all the speakers, Eve Turner successfully got everyone to sing our campaign song “If we all stand together we can 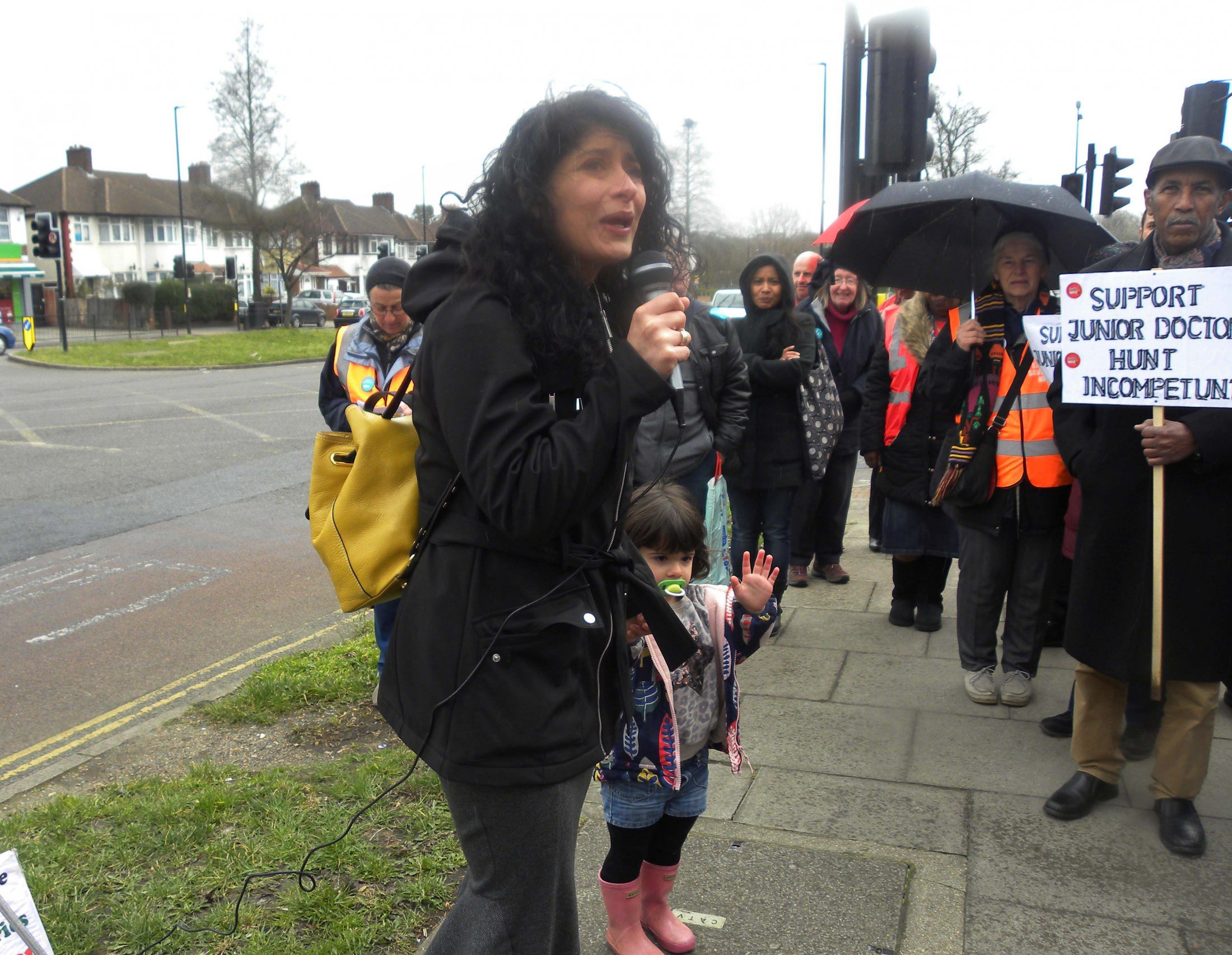 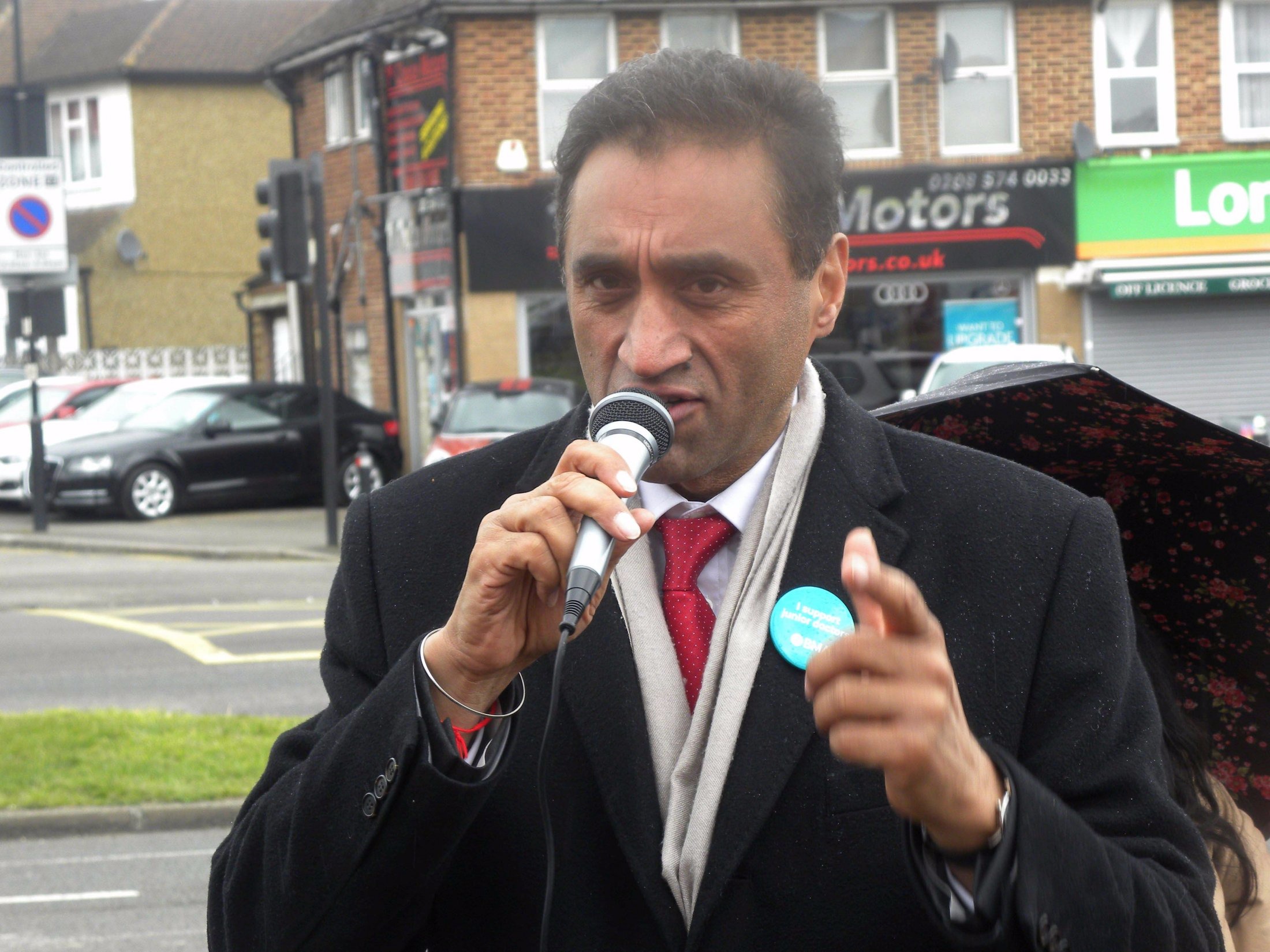 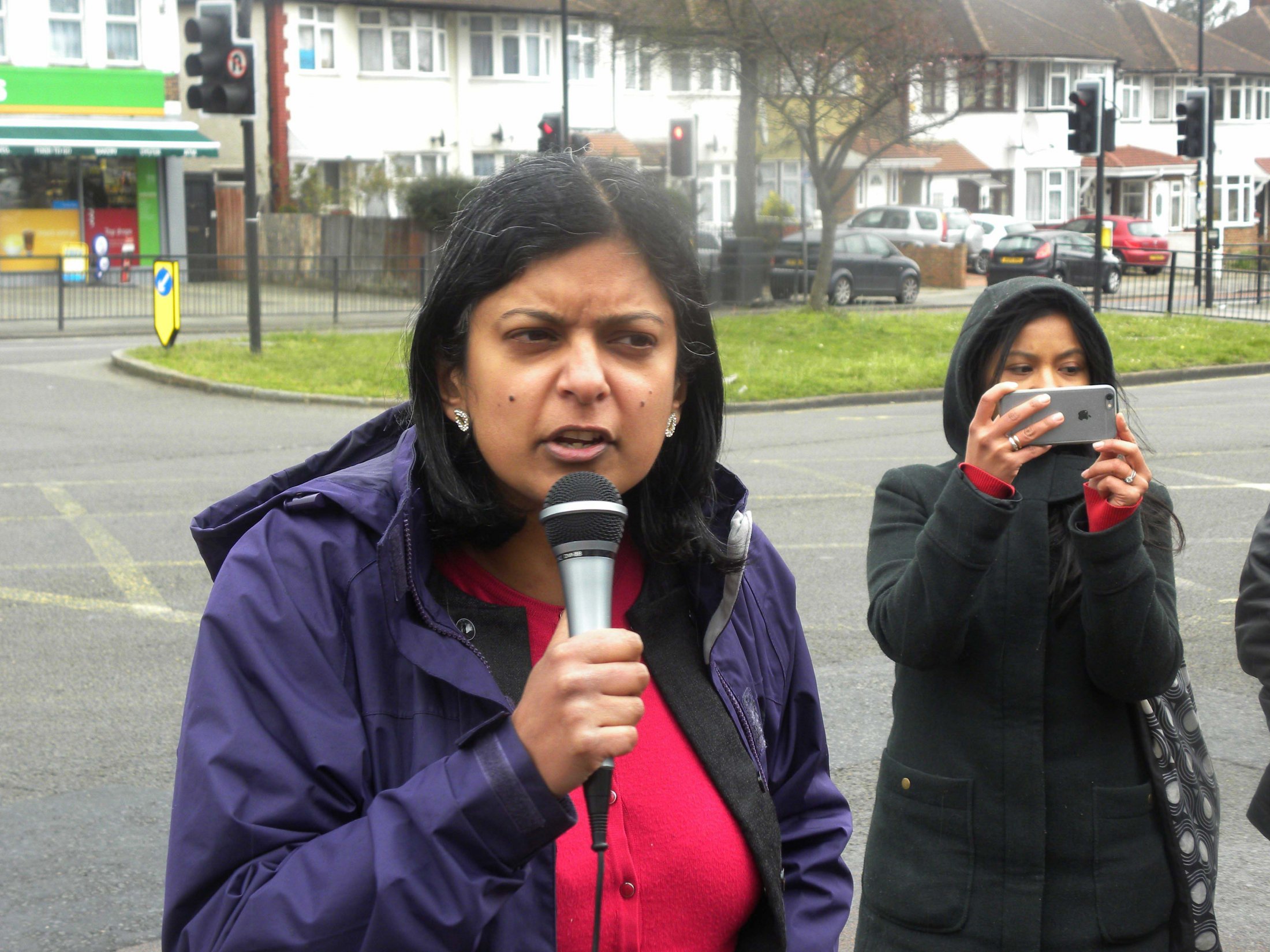 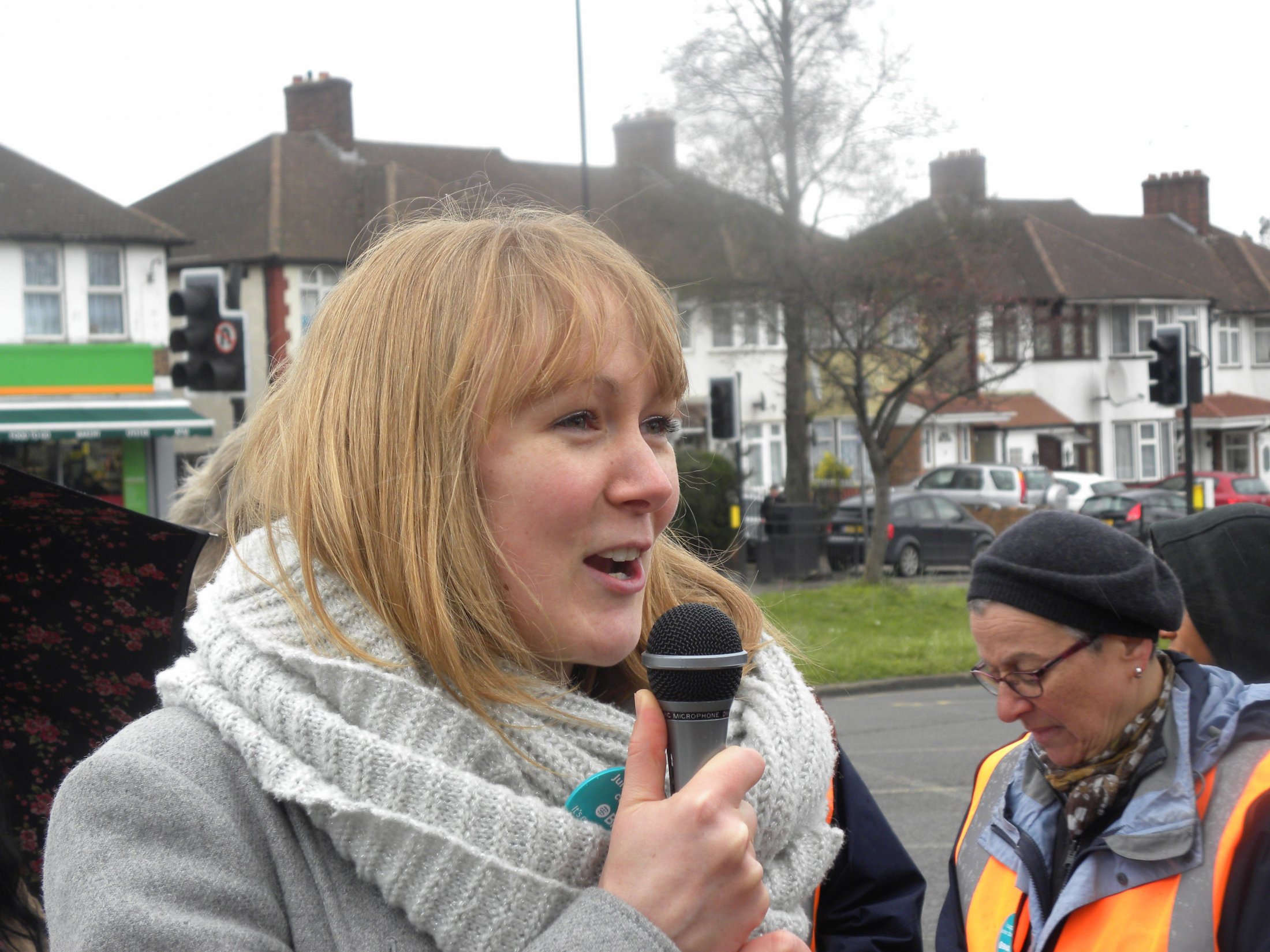 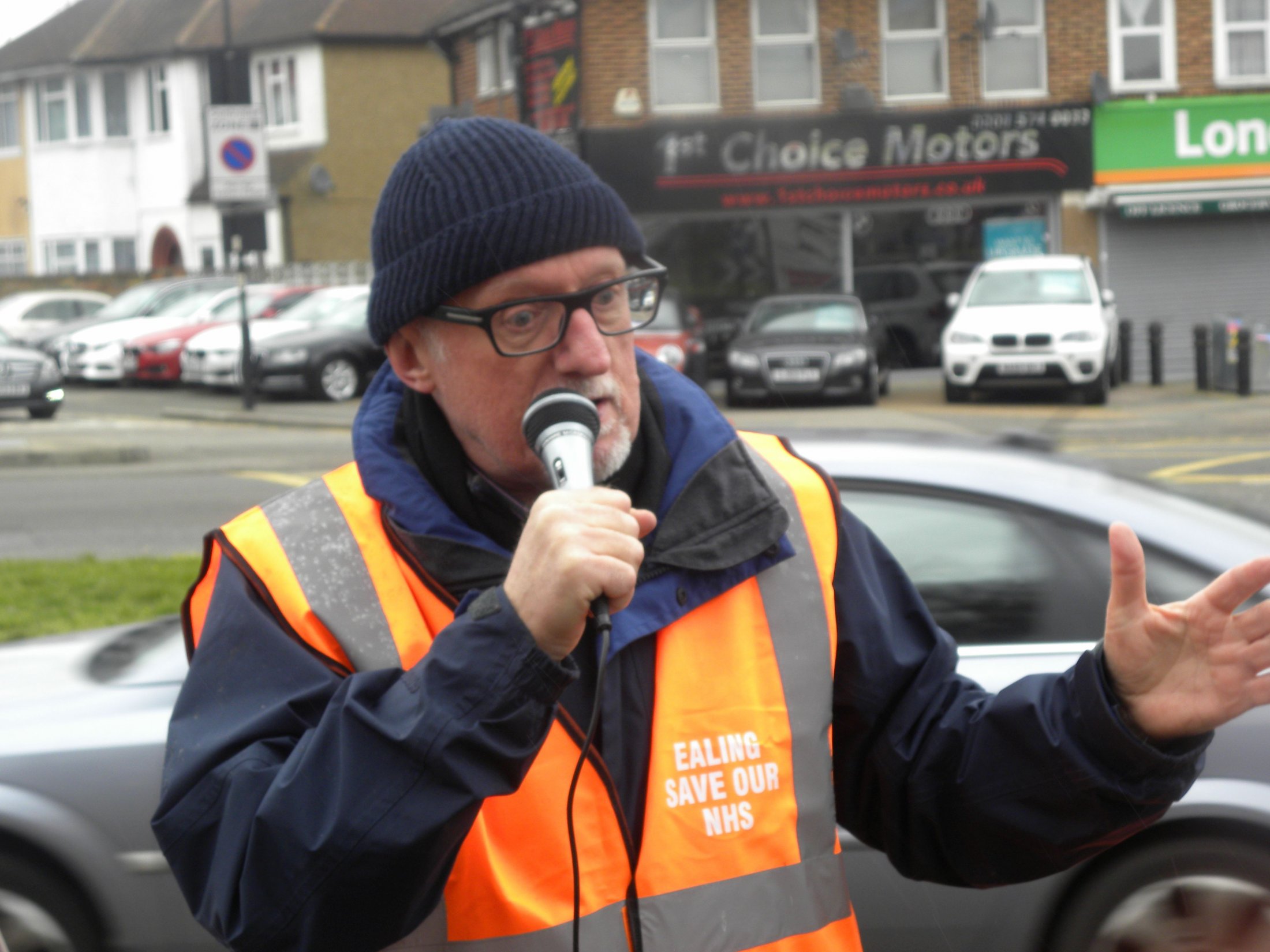 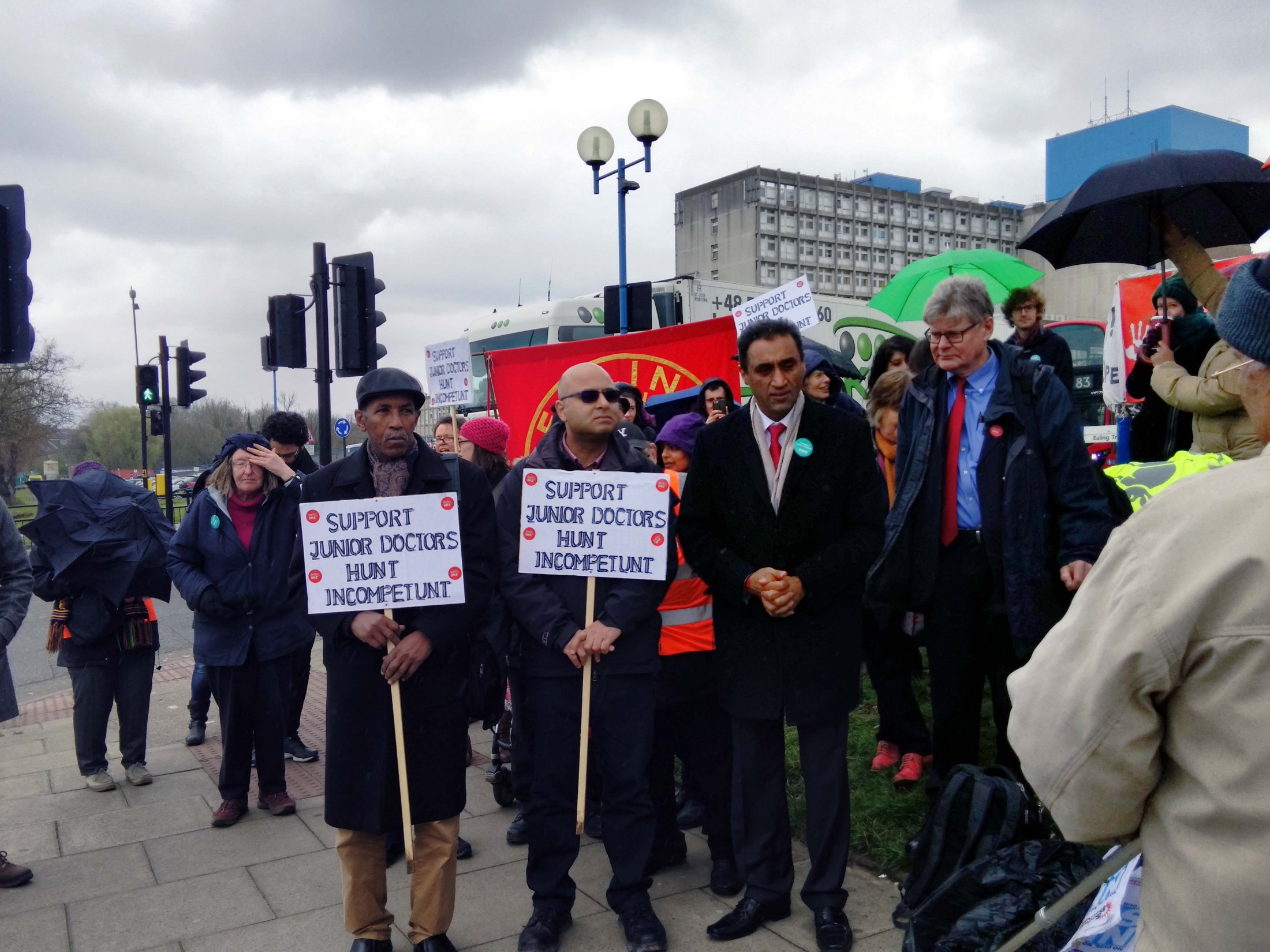 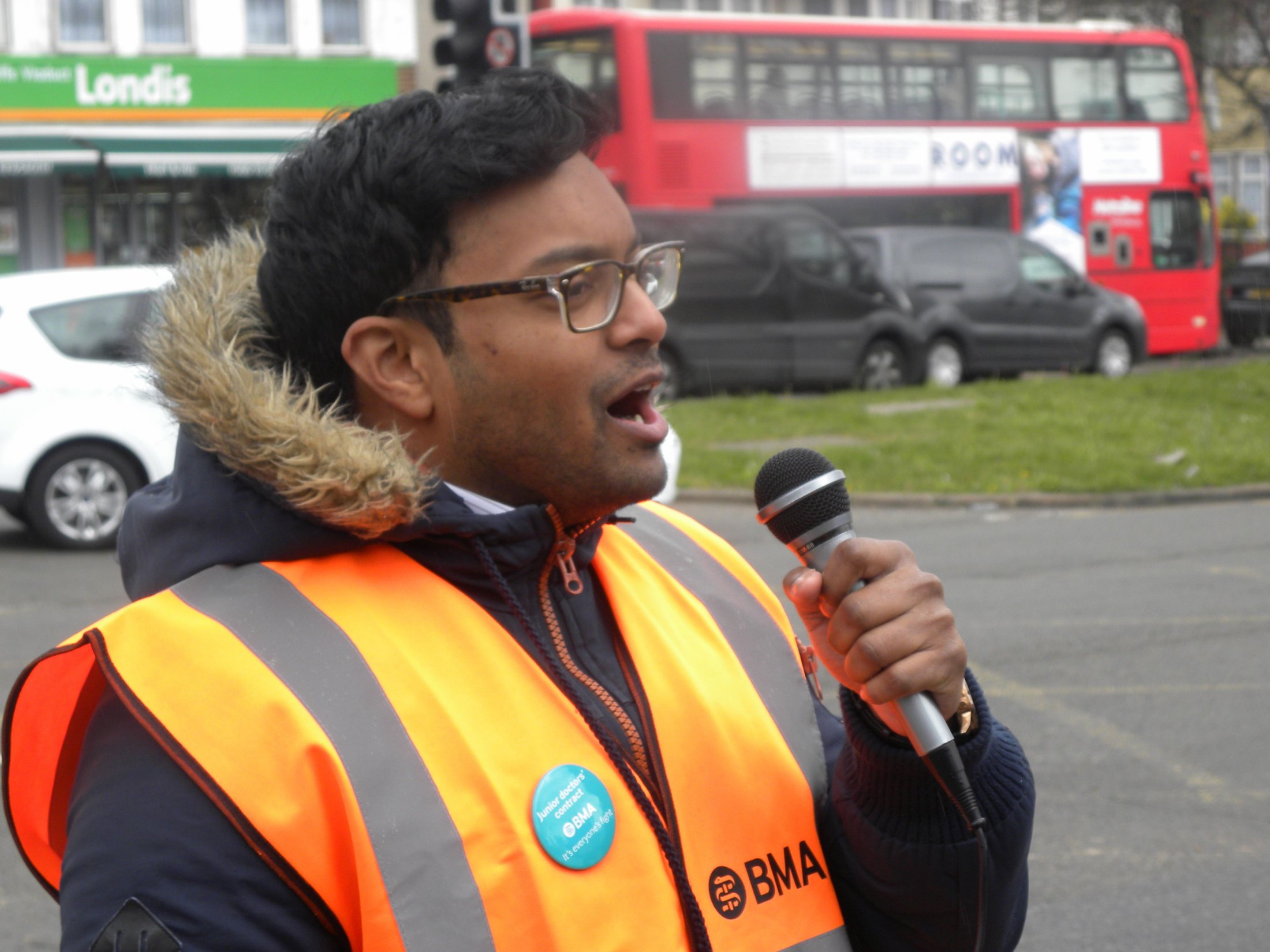 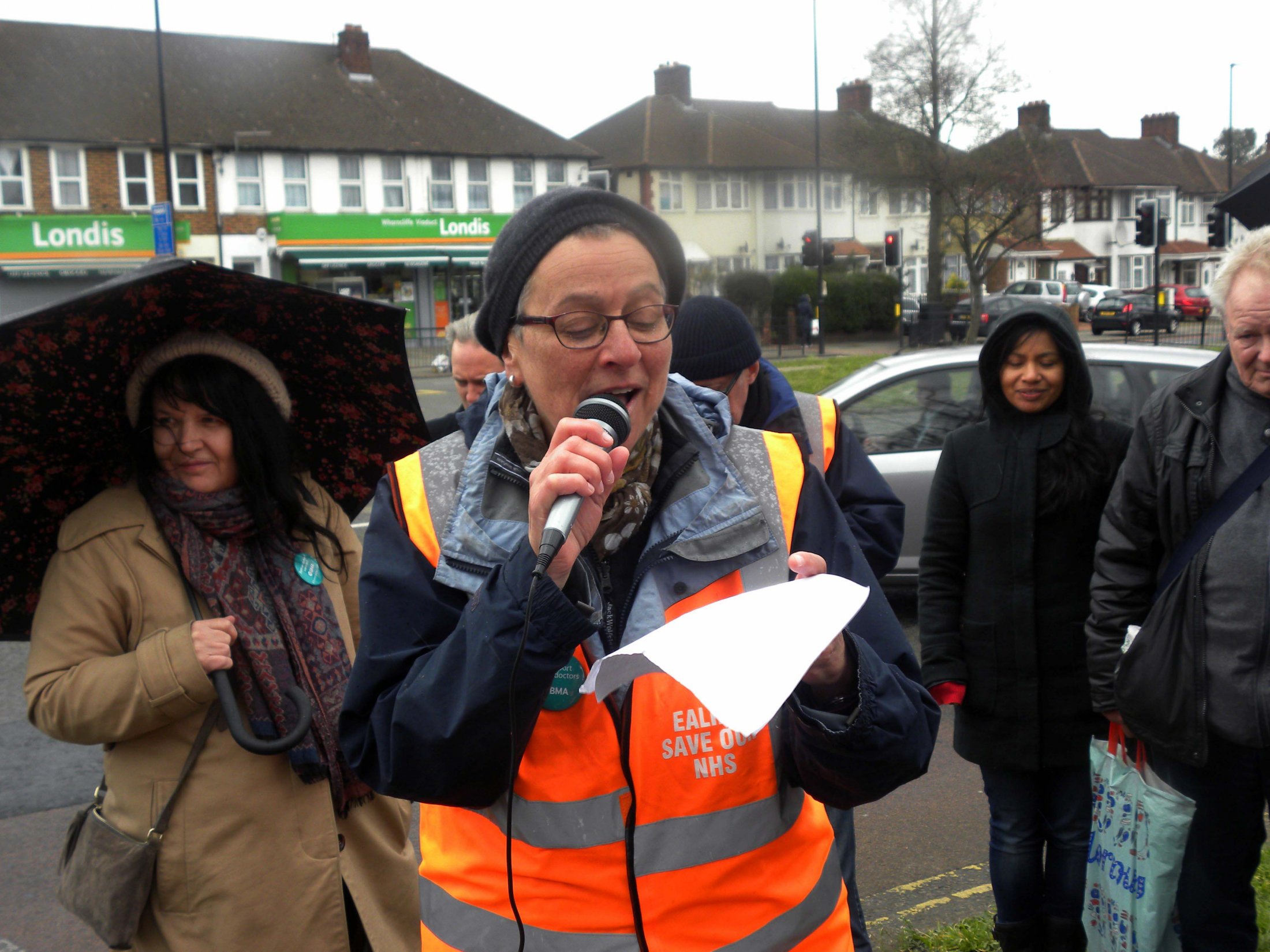 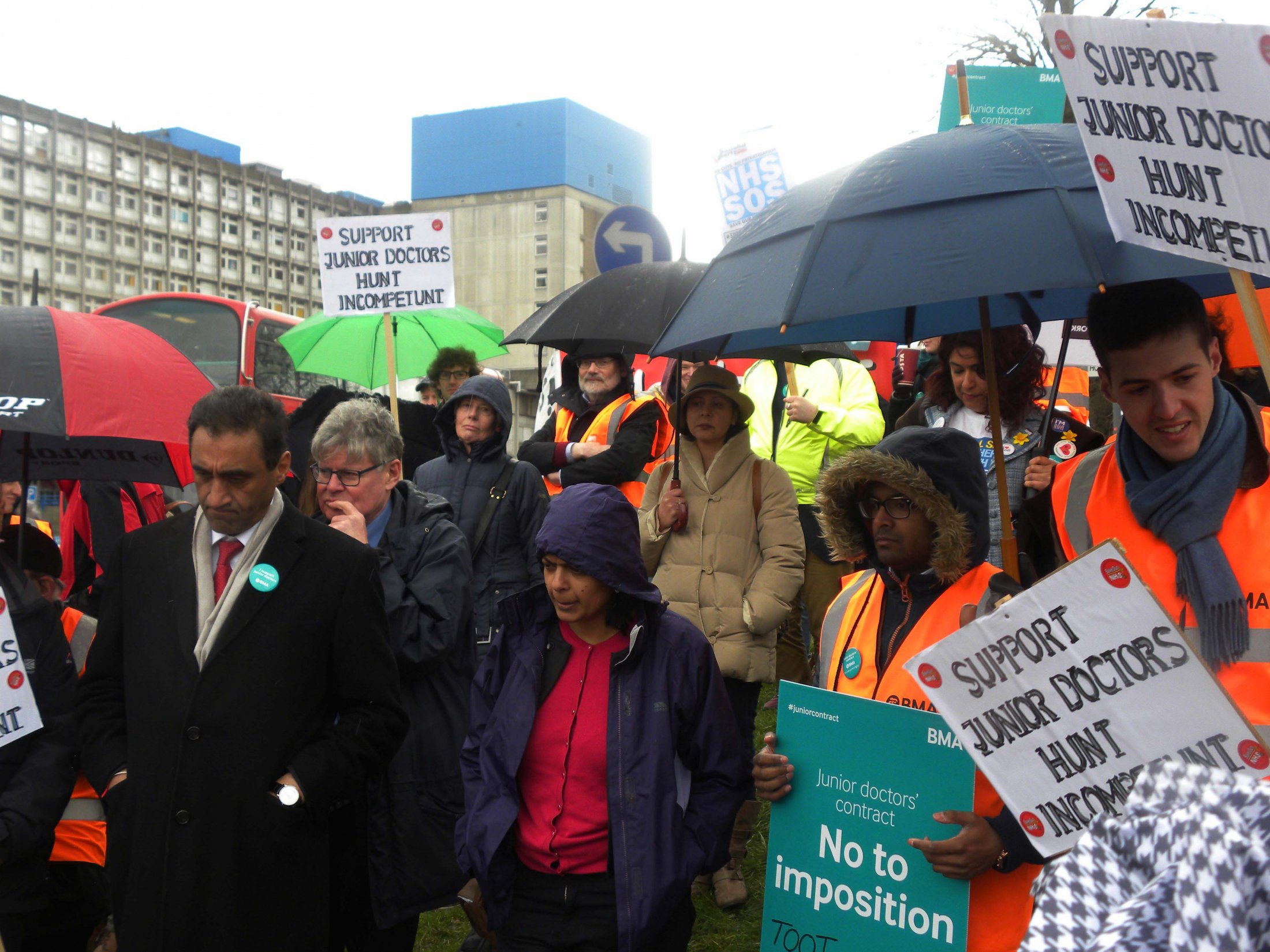 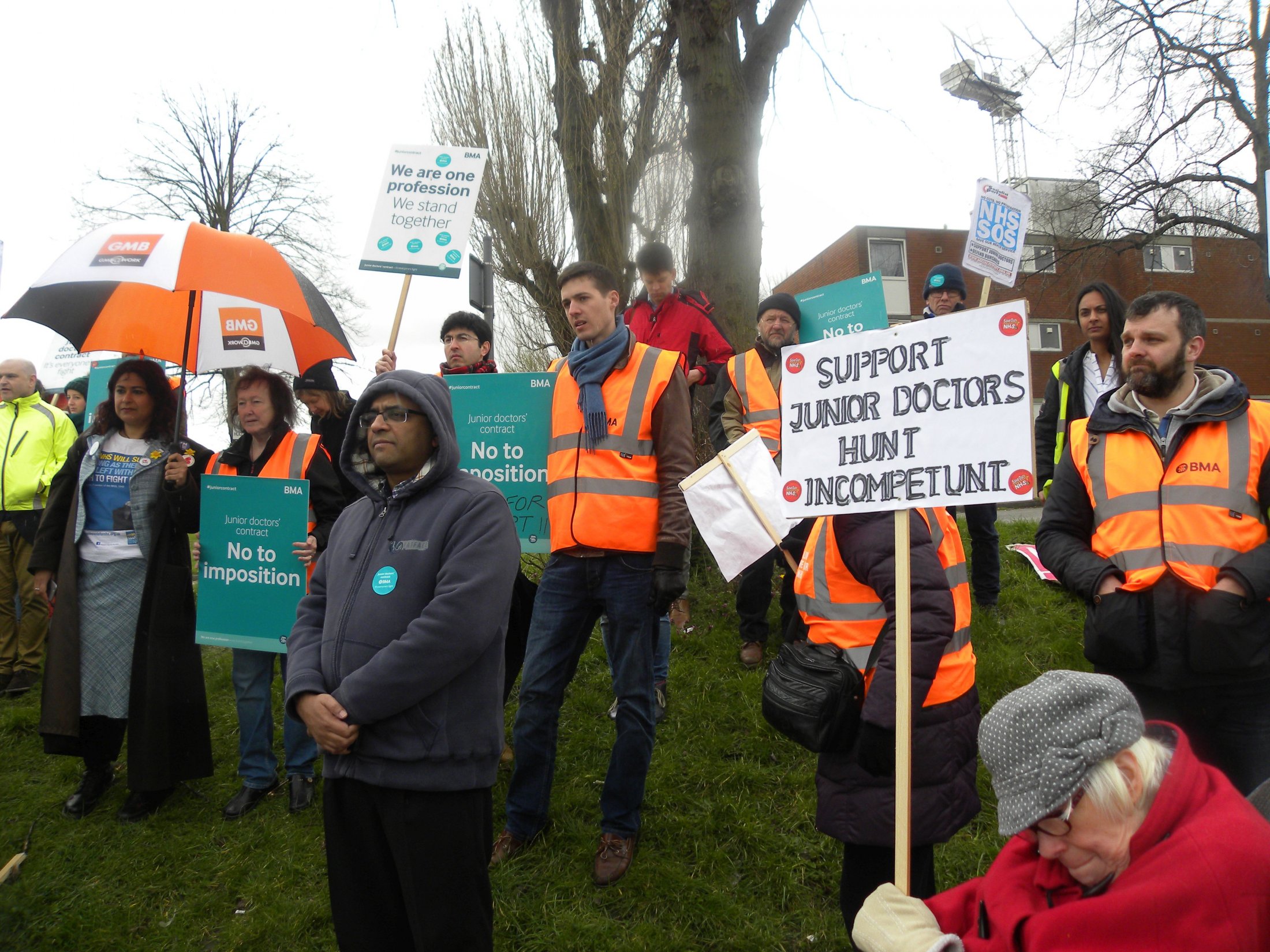 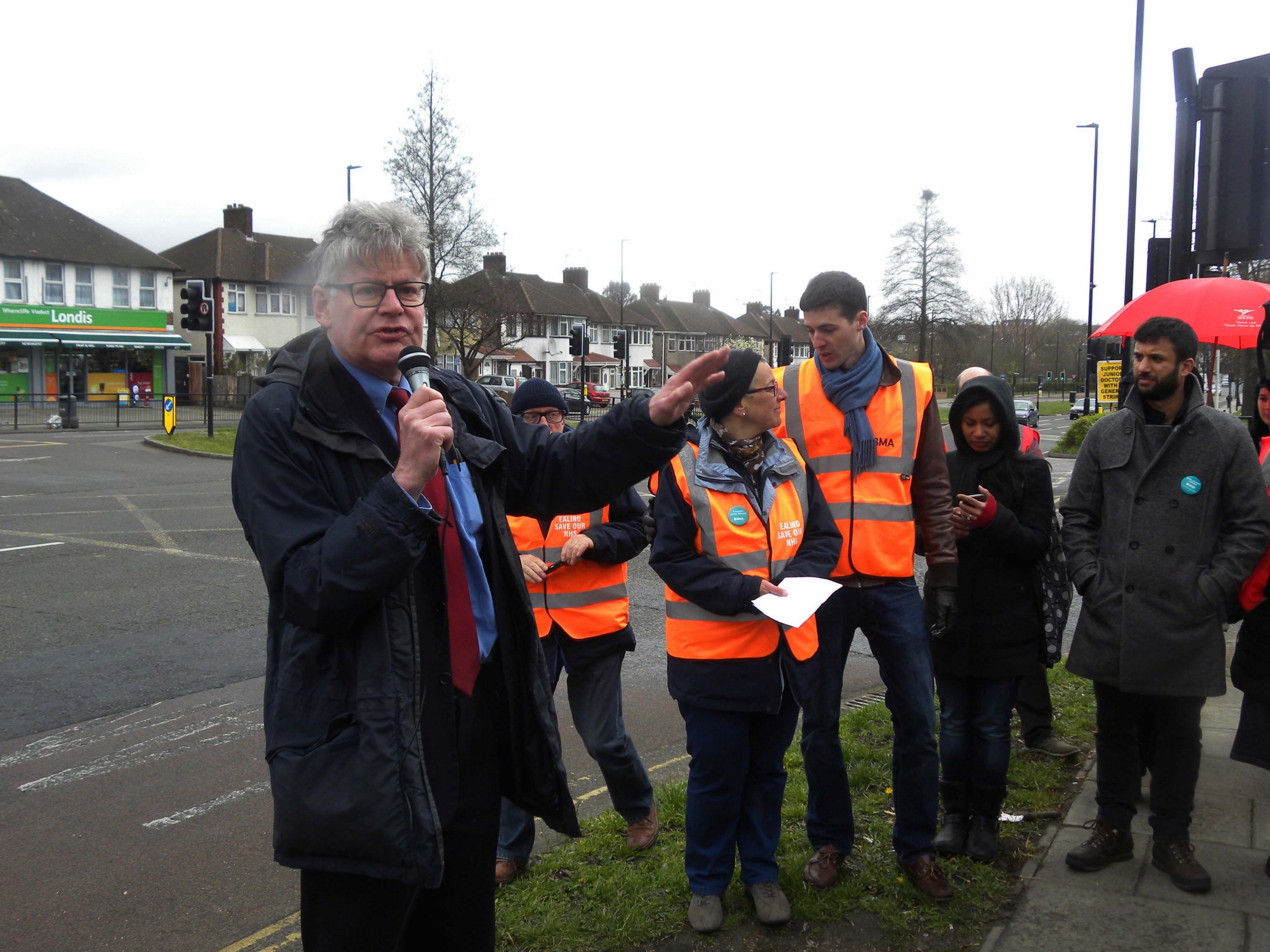 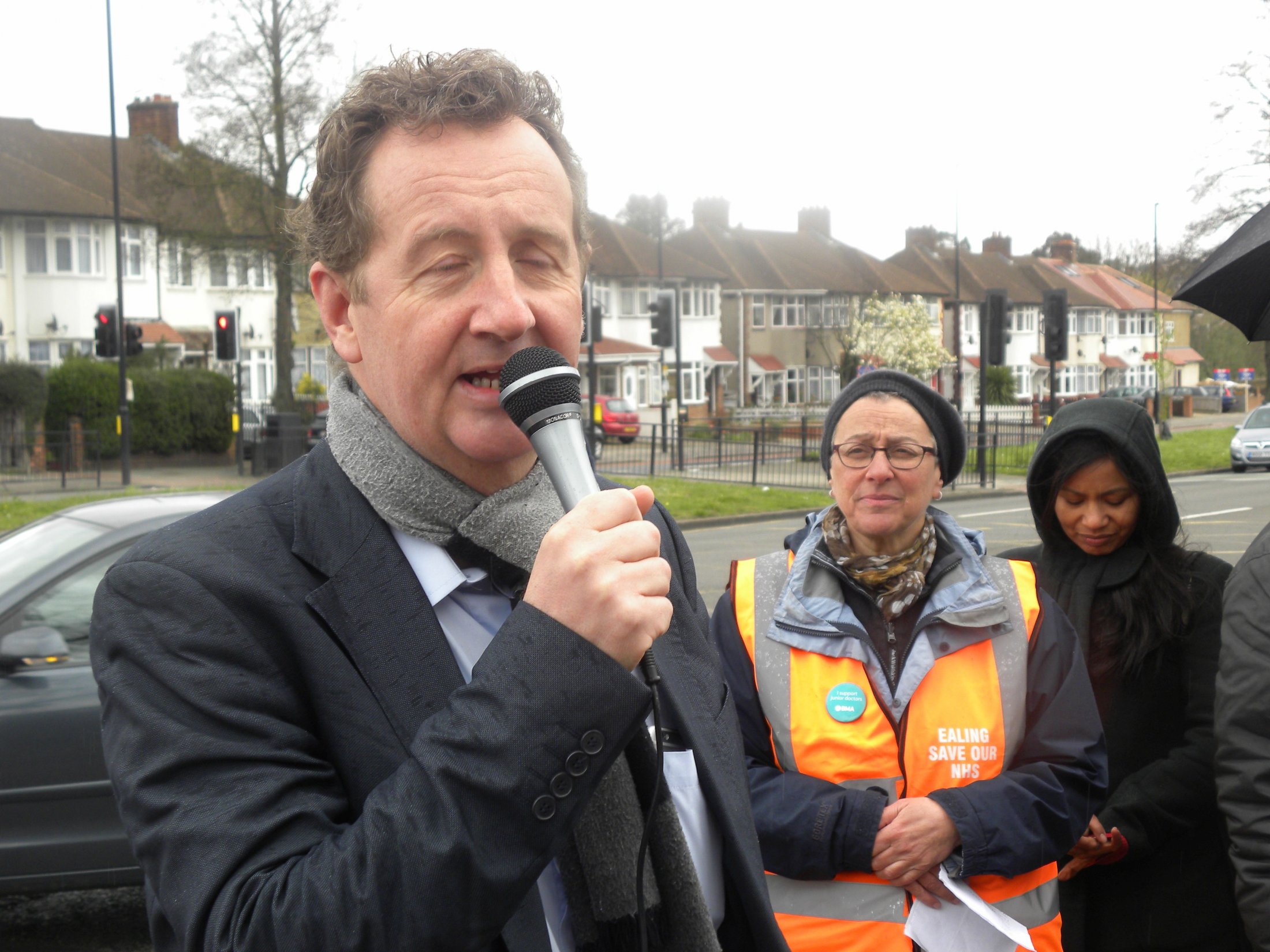 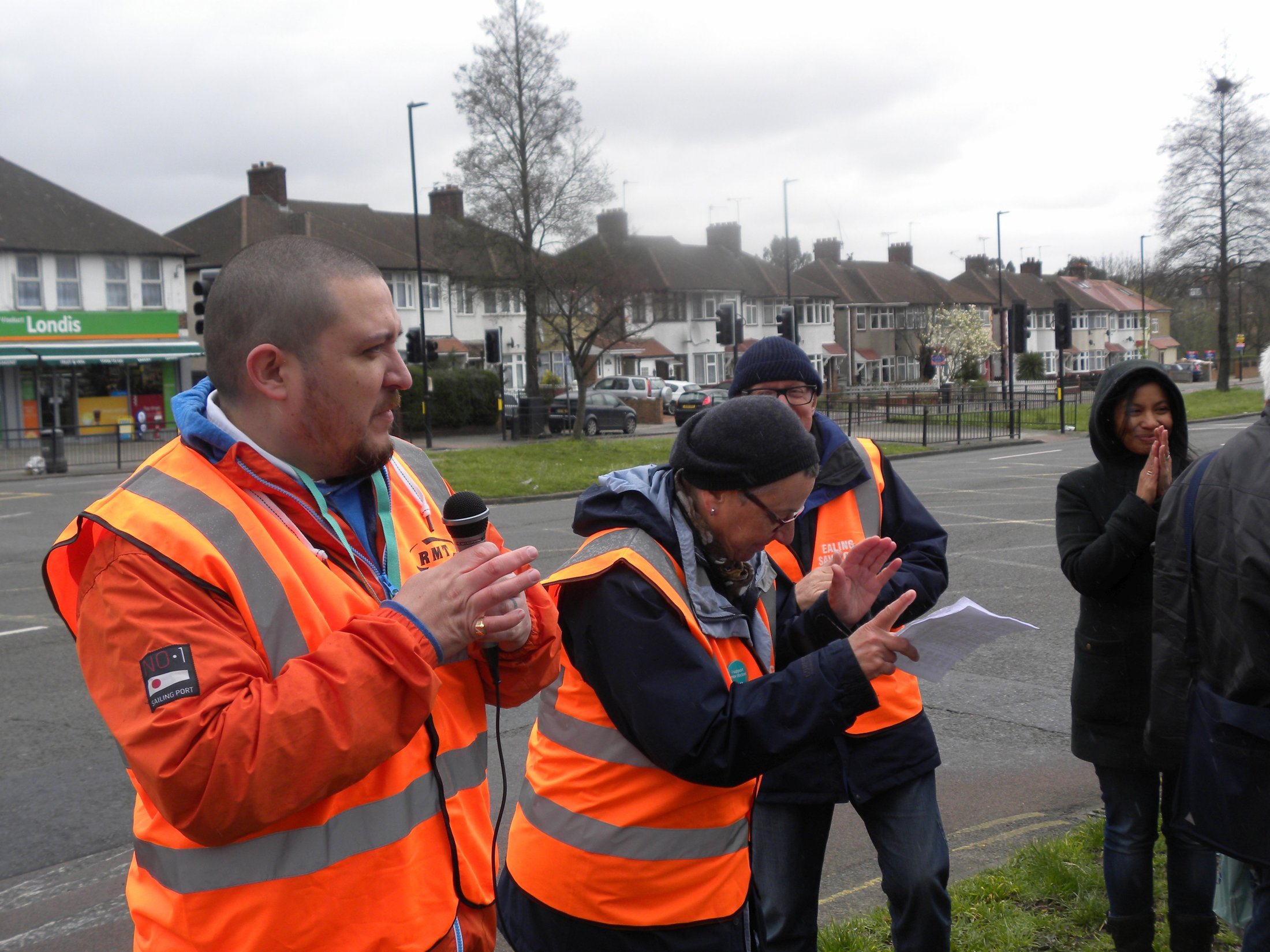 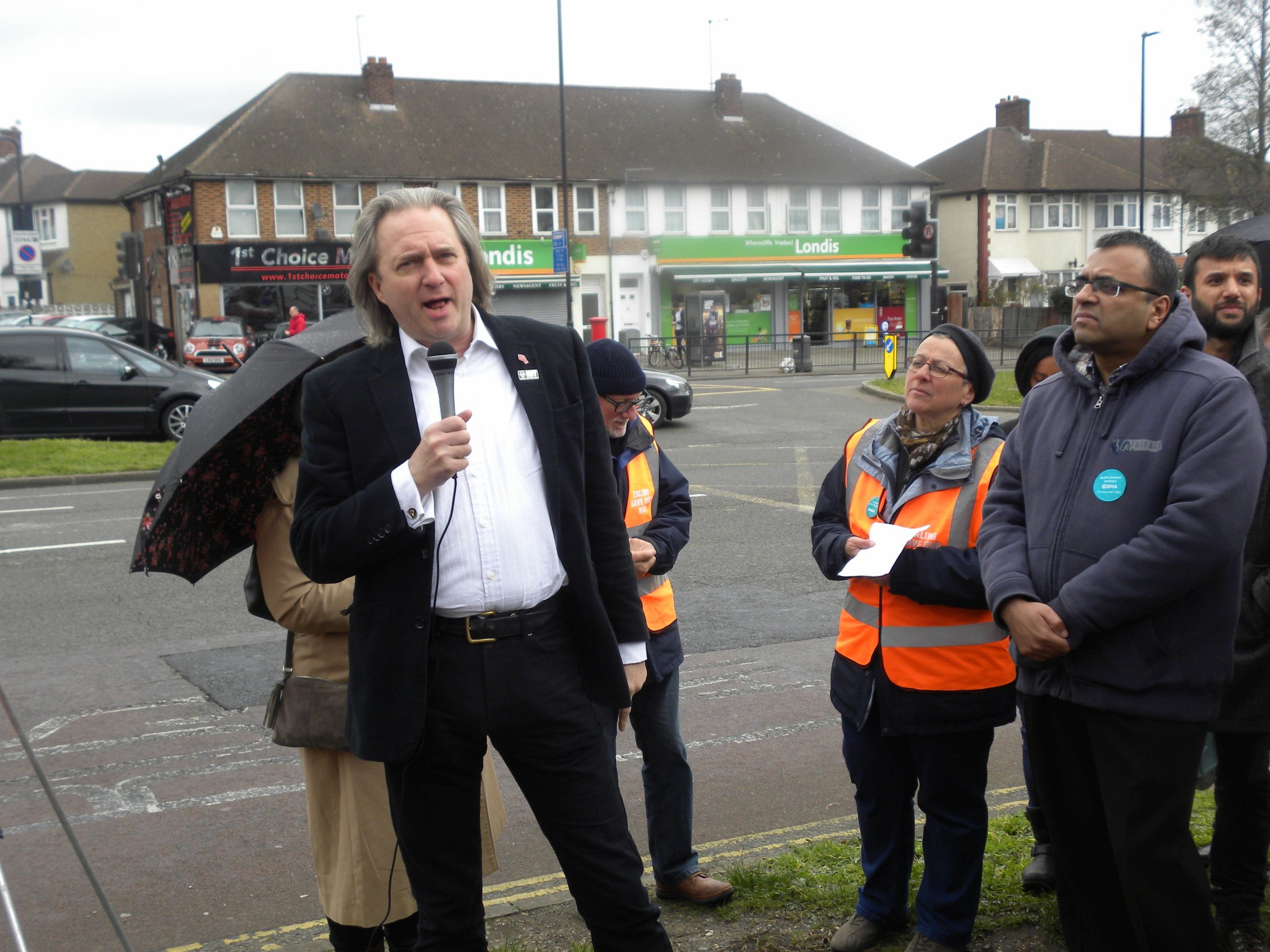 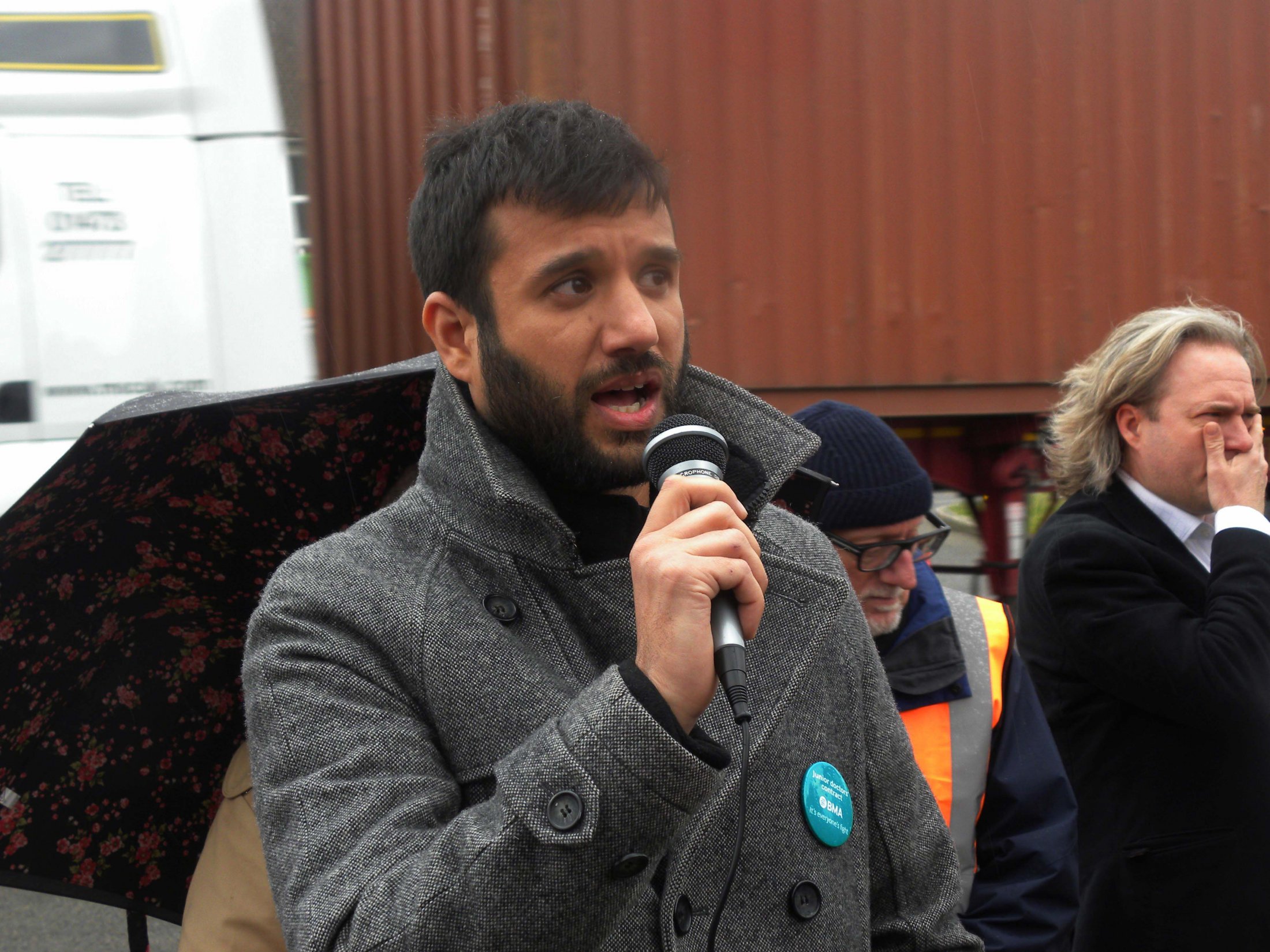 Shappi Khorsandi
Ealing Save our NHS 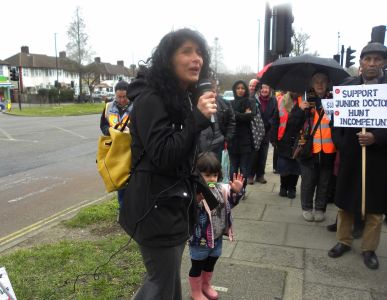 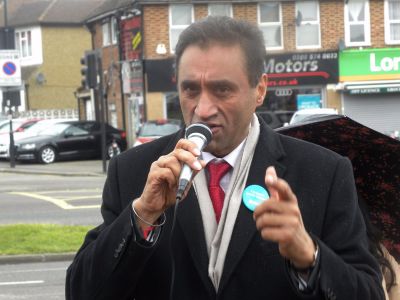 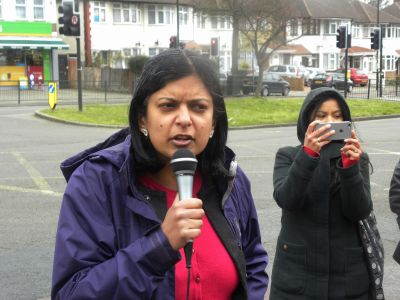 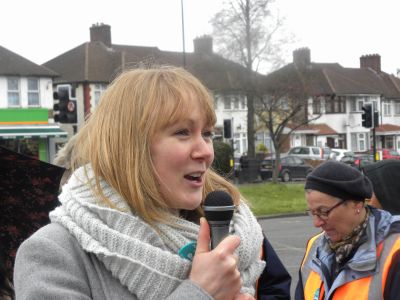 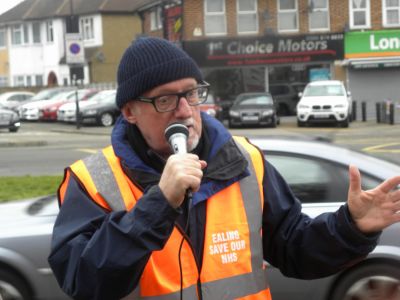 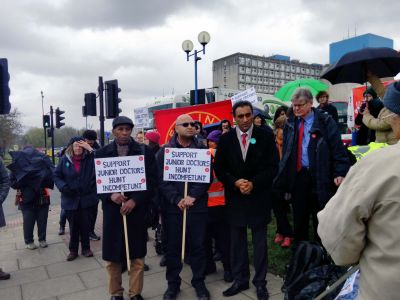 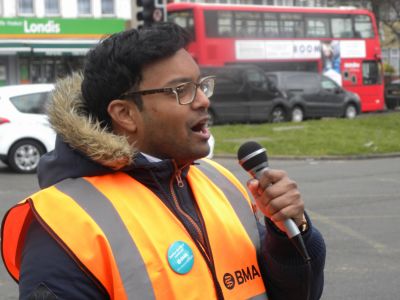 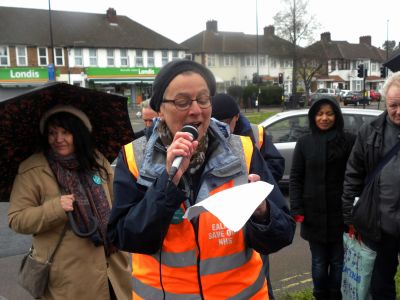 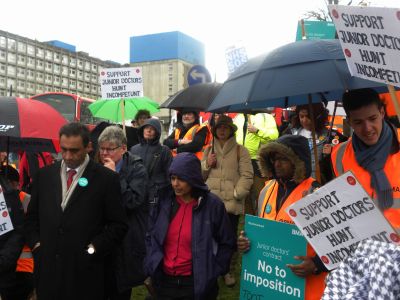 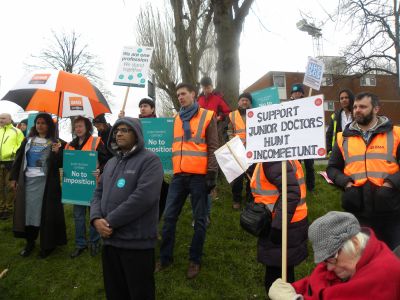 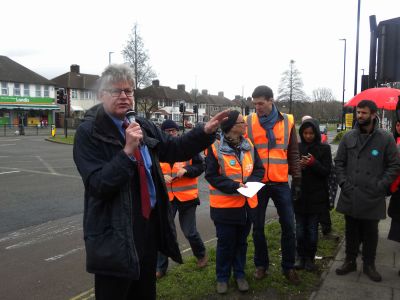 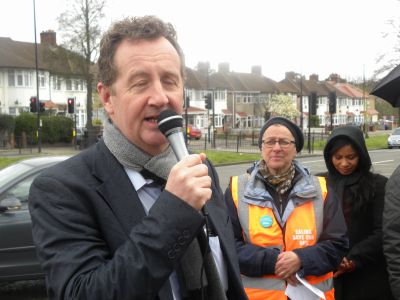 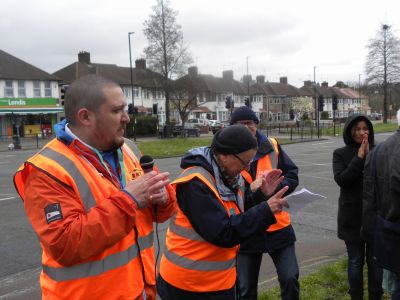 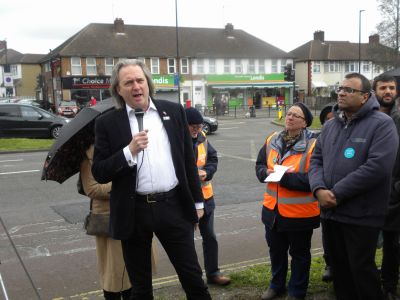 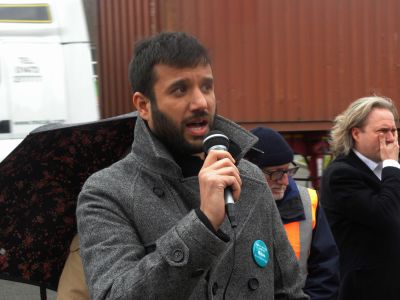