Tony O’Sullivan was our first speaker. He is Co-Chair of Keep Our NHS Public and a Paediatric  Consultant at Lewisham Hospital. He pointed out that the NHS NW London ‘Shaping a Healthier Future’ (SaHF) plans said very little about children. With 400,000 children up to the age of 19 in NW London – and 86,000 of them in Ealing – this was disturbing. 50% of all critically ill children arrive at hospital A&Es in a parent’s arms and Ealing Hospital needs 24×7 coverage by Paediatric Consultants. He urged local activists to find out how many children are attending Ealing Hospital now; how long now parents have to wait for ambulances to ferry their sick children to the hospital; and how the integrated networks of care for children in Ealing will be built again should all children’s services at Ealing Hospital be curtailed in June 2016. He finished by asking just how constructive was it for Health Secretary Hunt and senior NHS executives to make virtually all 1.3 million NHS staff angry.

Next up was John Lister who is Director of London Health Emergency and was one of the commissioners on the Mansfield Healthcare Commission into SaHF. He has been campaigning for healthcare in London since 1983. He ripped into the unaccountability of CCGs. He highlighted some failed NHS outsourcing deals with private healthcare suppliers. He listed the impossible recent stream of demands from government on hospitals. If they don’t balance their books they will get no extra money. Demands on Mid Staffs to save £10 million led to it cutting corners and failing. SaHF was conceived in 2012 to save £1.5 million over five years. It’s now come to light that SaHF is demanding 1.3 billion in capital costs. But there is no money for this. And there still aren’t any final business cases for any of the SaHF initiatives. We can’t go backwards but all we can look forward to is more closures but no new build as there is no money for this. There’s no evidence that even if out of hospital services could adequately replace acute care in hospitals it would save any money. And there are no detailed plans or any implementations of these out of hospital services. The local population continues to grow but if Ealing and Charing Cross Hospitals cease to be Major Hospitals we’ll lose 700 to 800 hospital beds. Urgent Care Centres cannot replace A&Es. What we want are no more A&E closures and Maternity re-opened at Ealing Hospital. Rousing applause!!!

Dr Ajaib Sandhu spoke next. She is an 80 year old GP who has practiced in Southall for 49 years. She bemoaned that humanitarian grounds had been ignored in the closures and closure plans. It is shortening life expectancy. The impending closure of children’s A&E will be disastrous for children especially ‘late presenters’ who are seriously ill.

Ealing Hospital Junior Doctor Ravi Ganepola was the final speaker. He cut through much of the misinformation about the Junior Doctors’ dispute. The bosses want to make remuneration for Saturday work the same as weekday work. The 5pm to 1am shift is to be remunerated as a day shift and not a night shift. Junior Doctors are being co-erced into working longer hours and they are worried that when tired they will make mistakes. The government’s  linking of higher mortality rates to weekends is based on data for Fridays, Saturdays, Sundays and Mondays. The regulatory safeguards being proposed are inadequate.

You can watch more videos of the speeches here

People speaking at the public meeting from Ealing Save Our NHS on Vimeo.

CLIPS from Ealing Save Our NHS on Vimeo. 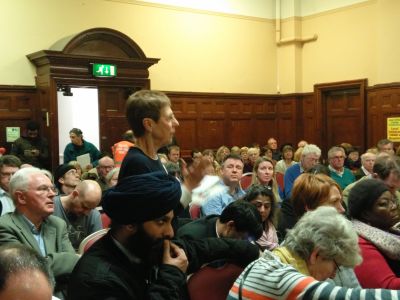 Merril Hammer from Save our Hospitals Hammersmith 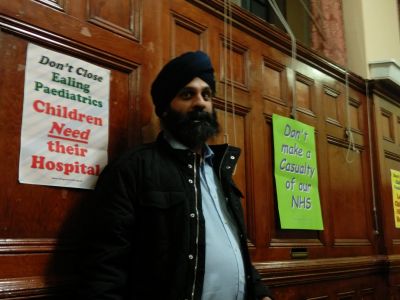 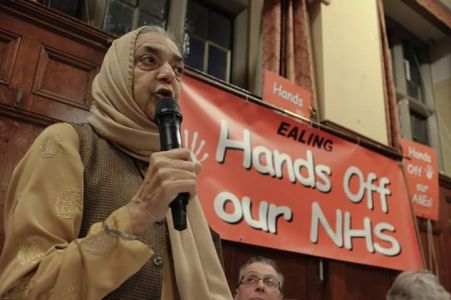 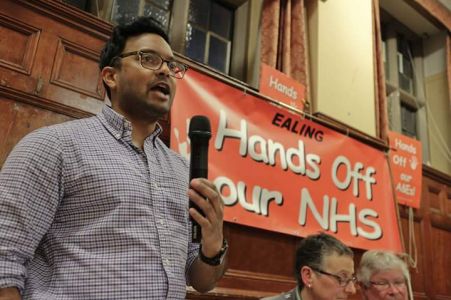 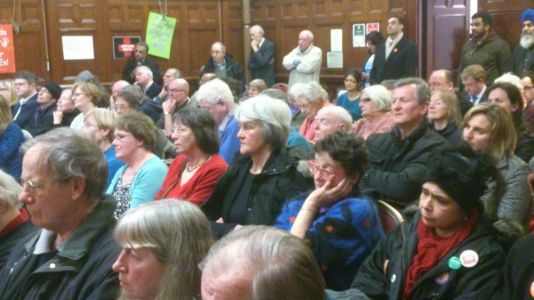 At least 159 people attended the meeting 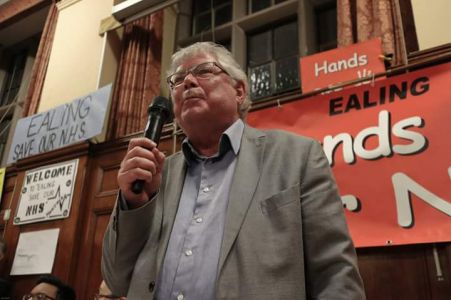 John Lister, one of the main speakers 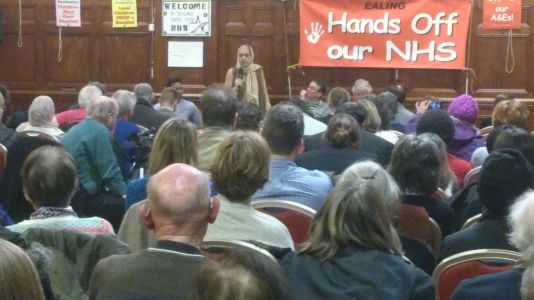 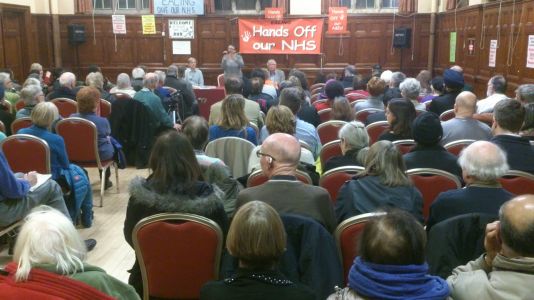 A full house for Ealing Save our NHS public meeting