Ealing’s 68,000 Children Will Be Excluded from Local Accident and Emergency Services as from June 2016

Ealing Clinical Commissioning Group (ECCG) voted unanimously at a meeting held in public on 9 December 2015 to delete Children’s A&E services at Ealing Hospital as from June 2016. As from then nowhere across Ealing’s 21 square miles will a chronically ill or seriously injured Ealing child be found life saving treatment, surgery and intensive care. Ealing children are being sacrificed for the greater good of children in other parts of North West London.

So much for Tory ministers’ and Tory MPs’ promises in May 2015 of ‘A&E saved at Ealing Hospital’ and ‘no more changes to Ealing Hospital A&E for three years’.

As a replacement for A&E paediatric services in Ealing, more beds, consultants and nurses will be added to five ‘remote’ hospital A&Es outside the London Borough of Ealing. These remote hospitals are Hillingdon, Northwick Park, Chelsea & Westminster, St Mary’s and West Middlesex.

In future paramedics in ambulances and parents in cars in Ealing will have to decide themselves how ill or injured a child is before taking the child to the poorly rated Ealing Hospital Urgent Care Centre or to one of the five remote hospital A&E units.

There appears to be no strategy in place for providing additional mental health A&E facilities in the five remote hospitals for Ealing children. 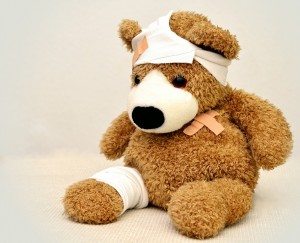 and their parents as it’s not walk-in and attendance is only by GP referral. We all know that access to GPs is not rapid. Another limiting factor is that the RAC is only open for four hours each weekday.

Ealing residents in attendance at the meeting voiced their concerns about the legality of and risks inherent in the changes and the viability of the recently Mansfield Commission discredited NHS NW London ‘Shaping a Healthier Future’ (SaHF) strategy and programme. Dr Mark Spencer – a SaHF lead – said that the NHS had pronounced the changes ‘legal’ and that it was 100% certain that no child would die as a result of the changes.

ECCG/SaHF executives became somewhat tetchy about the Mansfield Report. They said they knew about it but it did not come up with any alternative approaches. This comment was a red herring as the five Local Authorities who commissioned the report asked the Commission to review the implementation of SaHF. When an activist suggested that SaHF costs had ballooned to £1.3 billion ECCG/SaHF said that this figure was inaccurate. I then asked for them to tell us what is the current cost for SaHF. Complete silence followed. Maybe the cost has now risen beyond £1.3 billion.

ECCG/SaHF is still clearly in denial about the 12 months of awful A&E performance in NW London being directly related to the closure of two hospital A&Es in September 2014. They quoted the ‘independent’ report (£150,000 McKinsey &Co) report on the subject in their defence. This was just plain silly as the report actually provides no hard evidence to dispute the reason being the closures. In fact of pages 45 and 72 the McKinsey report identifies extra loading at St Mary’s and Northwick Park Hospital A&Es due to ‘sector changes’ and ‘additional pressure from A&E changes’. See here.

For the children of Southall these paediatric A&E changes are a tragedy. The closure of Ealing Hospital maternity in June 2015 was also a tragedy for Southall mothers. Parts of  Southall are some of the most deprived areas in the whole of England. Just what has Southall done to deserve such a tragic downgrade in its local healthcare services?