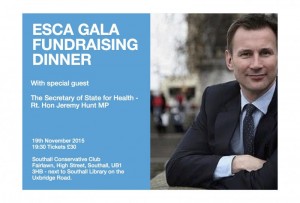 Hundreds of protesters besieged the Southall Conservative Club to protest against Jeremy Hunt was the so-called ‘guest of honour’ at a Tory fund raising dinner.
Ealing Save Our NHS had found out he was coming just five days beforehand and we sprang into action.  We put out an appeal through social media, contacted all our supporters and rang community activists.  In just a few days we got 200 people – shame there wasn’t more time.  We had NHS Campaigners, hospital staff and above all local residents, determined to fight for Ealing Hospital and our NHS
On the day Hunt was due to arrive, the result of the Junior Doctors unprecedented ballot for strike action was announced.  98 per cent wanted to strike – in part against a major pay cut, but just as much to defend a proper system of health care. And Hunt bottled it.  He didn’t want photos of him surrounded by protesters as he was being confronted by doctors.  Fantastic result – well done to everyone.
Below two speeches from the rally and a few photos of the protest 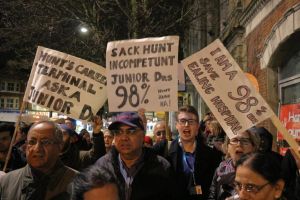 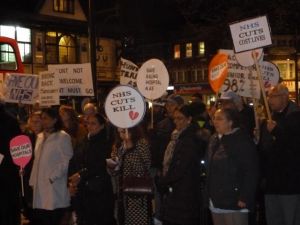 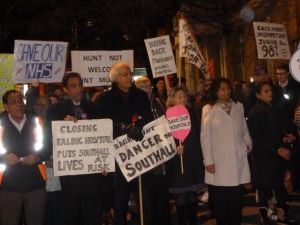 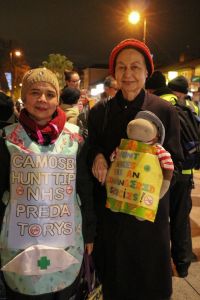 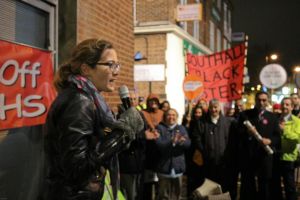 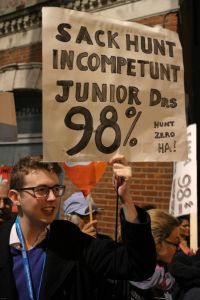 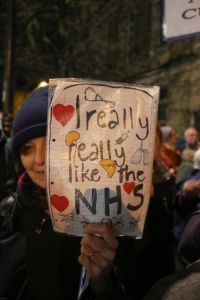 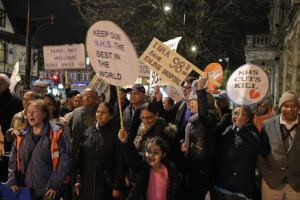